Gender-Based Violence on the Rise in the COVID-19 Era

It's time to add gender-based violence components to project objectives. 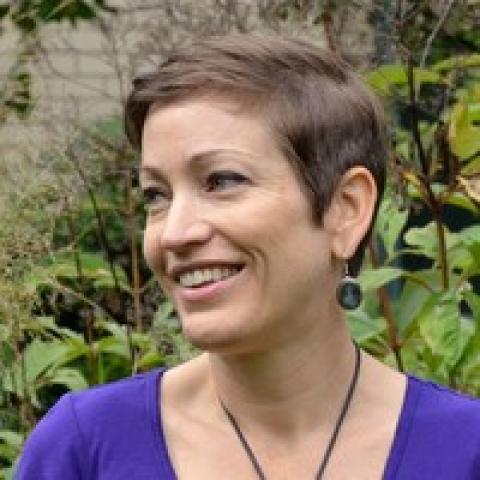 A Liberian mother choked back tears as she recounted how a police commander refused to accept her report about a neighbor who raped and impregnated her 13-year-old daughter. The officer didn’t believe her.

This is just one recent example of gender-based violence gleaned from DAI’s project work, but unfortunately, it is all too common, and—for multiple colliding reasons—the prevalence of such violence appears to have been aggravated by the COVID-19 pandemic.

In May, the United Nations (UN) issued an alert about the alarming rise of rape and domestic violence during the coronavirus lockdown. Proclaiming a “Shadow Pandemic,” UN Women cited the following reasons for alarm:

In every month in 2017, more than 4,000 women were killed by members of their own family—almost always as an act of retribution for the woman “failing” in some way to uphold men’s status, honor, or pride. When a man kills his female partner, it is almost always a culmination of months or years of violence and control, according to the UN Office on Drugs and Crime. Where institutions and communities are prepared to tolerate such human rights violations, it can be little surprise that protection of women is being downgraded during the pandemic. At the same time, increased poverty is driving many women to sell their bodies to feed their families, while restrictions on movement mean that women, girls, and boys are often trapped at home with abusers.

In some of the countries where DAI works, gender-based violence can be a part of daily life for women and girls, for numerous reasons—from a lack of effective governance and enforcement to limited women’s rights and, sometimes, cultural norms that simply have yet to change in line with more widely accepted principles of human rights.

Given that these underlying factors are now in many cases compounded by the unprecedented conditions of the pandemic, some DAI projects have responded by adding a gender-based violence component to their objectives.

The case in Liberia of the ignored mother was eventually taken to a local nongovernmental organization called the Women NGO Secretariat of Liberia (WONGOSOL). WONGOSOL is a partner of the U.S. Agency for International Development (USAID) Liberia Accountability and Voice Initiative (LAVI). WONGOSOL has been tasked by LAVI to monitor domestic violence cases during the pandemic. With their help, the mother of the raped child was able to officially file her report.

From January to June, Liberia’s Ministry of Gender, Children, and Social Protection received reports of more than 1,000 cases of sexual or gender-based violence, a number that prompted President Weah to declare rape a national emergency and outline plans to appoint a special prosecutor to handle rape cases, create a national sex offenders registry, and earmark $2 million to address the problem.

For the last three months, LAVI’s partner WONGOSOL managed to monitor and track to 109 cases of sexual or gender-based violence from various families in Montserrado and Margibi counties. Under the program, WONGOSOL accompanies families and their daughters to police stations to file rape reports, places girls in safe shelters if need be, provides them with food and hygiene materials, and takes them to the hospital for medical services.

According to WONGOSOL Acting Executive Director Lena Cummings, the organization regularly monitors sexual and gender-based violence cases reported in the media, engages with one-stop centers that handle cases, and liaises with the Liberia National Police and the Ministry of Gender, Children, and Social Protection. “We opened doors that were closed to survivors during the COVID-19 lockdown,’’ Cummings said. “We helped girls get medical records and police reports. Women are already traumatized from the abuse; they do not need to be abused when they seek help.’’ 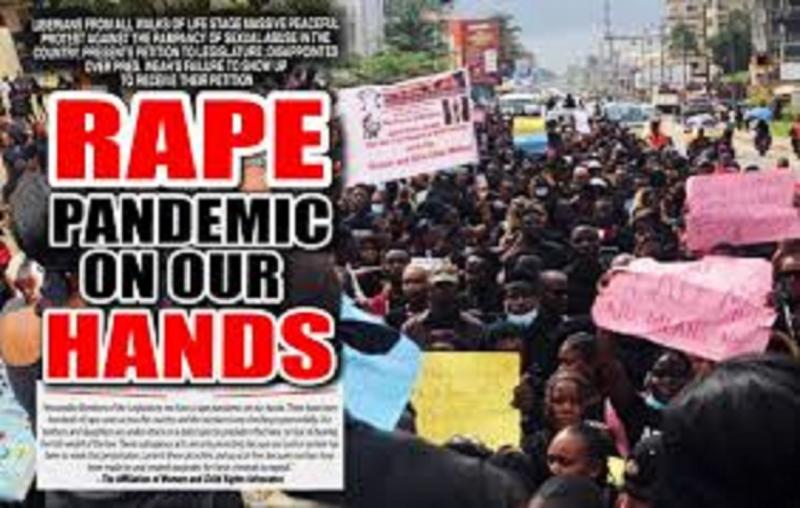 Part of the national campaign in Liberia.

In Malawi, cases of violence against women and girls are on the rise, according to Ephraim Chimwaza, Executive Director of the Centre for Social Concern and Development. “The social distancing measures imposed by the government have led to school closures,” said Chimwaza in June. “As health facilities and mobile clinics also suspended their operations, access to sexual and reproductive health services, which was already limited, decreased further. Under lockdown, cases of gender-based violence and sexual abuse have increased, but reporting has decreased. Most girls are unable to go out and report [incidents] and have to keep living with their abusers and fearing for their lives.”

DAI’s Local Government Accountability and Performance (LGAP) project—co-funded by the U.K. Foreign, Commonwealth & Development Office (FCDO) and USAID—has taken to the radio through its partners Voice of Livingstonia radio and Radio Maria Malawi. The radio programs share factual information about COVID and solicit listeners’ feedback on emerging behavior issues related to the pandemic. Programs have focused on “Respecting human rights for all and accountability” and “Addressing violence against women and girls/gender-based violence.”

“Getting information to women and girls is so important to let them know that they don’t have to put up with violence,” said DAI’s Global Director of Safeguarding Sarah Maguire. “It’s also important to remind men and boys that women have rights, too!”

In Ukraine, Breaking the Vicious Cycle

Since the outbreak of COVID-19 in Ukraine, the registered number of domestic violence cases has increased dramatically. Quarantine restrictions often resulted in short-term or permanent job loss among primary household breadwinners, leading to increased violence toward family members, predominantly women. The abrupt decline in household income makes survivors even more dependent on their abusers, and the accompanying stress and hardships, combined with close contact with the abuser, often provoke more instances of violence.

The USAID-funded Economic Resilience Activity (ERA) seeks to address this surge in violence by providing holistic support to survivors. This includes psychosocial support, legal and job counseling, and the provision of additional economic opportunities to help provide means for victims to detach from their violent environment. This intervention will be co-implemented through a grant to a local nongovernmental organization (NGO) called Slavic Heart, which has extensive experience working on these issues in the Donetsk Oblast.

Even before the pandemic, the UN High Commission on Refugees had highlighted the lack of shelters in Eastern Ukraine, but this need has been exacerbated by a doubling of domestic violence reports in the region related to COVID-19.

The need for support to women—both those in shelters and those at risk—is now dire, said Andrea Chartock, a DAI Senior Global Development Practitioner. While the Oblast Social Service Departments and NGOs offer psychosocial support, they do not currently offer comprehensive workforce or livelihoods support nor offer a consistent or strategic “off-ramp” for women and their families to restart their lives after leaving shelter care, she said.

In addition to building the capacity of the existing shelters, ERA will help build a network of institutions supporting survivors; investigate issues affecting survivors and support advocacy for regulatory solutions; provide professional skills training to women; and carry out a campaign to address gender-based violence.

These are just a few of the ways DAI projects are responding to the COVID-driven increase in gender-based violence. Other promising responses include the following:

Throughout the development community, and certainly within DAI, there is a growing conviction that achieving the Sustainable Development Goals depends on ensuring women’s freedom from violence. The upsurge in attacks on women and girls associated with the coronavirus pandemic—and our responses to it—have confirmed that development programs across sectors and disciplines can contribute to tackling this human rights violation. The pandemic, we hope, will be temporary; our commitment to reducing gender-based violence will endure.

This article originally appeared on DAI's blog on November 9, 2020. You can read it here.

A new study from our team in South Sudan underscores the importance of tailored, comprehensive peer-to-peer interve… https://t.co/SJzPf8Ityb