To get results amid war and scarcity, Anne Kinuthia’s team does things differently. 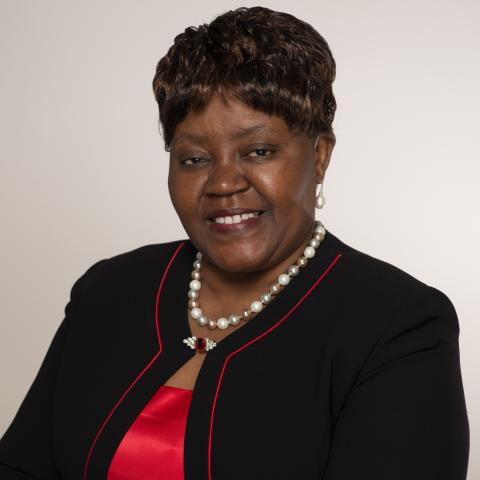 What does it take to get results in a warzone?

In South Sudan, it takes creativity and tenacity—whether you’re working to end an HIV epidemic, or get health services to children, or simply deliver supplies to a clinic.

This is the world’s youngest country. In 2013, just two years after it split from Sudan, South Sudan fell into a civil war that hasn’t really ended yet. Around 4.3 million people have been displaced because of the violence, according to the UN Refugee Agency—and well over half of them (63%) are children.

“I’ve seen a lot of small children here who’ve lost their parents, have lost everything,” says Anne Kinuthia, country director in South Sudan for IntraHealth International. “Some are taken in by relatives. Many others are in the streets. The government used to have some facilities to help these children, but most have closed down because of lack of funds.”

Kinuthia and her team work to end South Sudan’s HIV epidemic, which has hit children, sex workers, and other key populations the hardest. And despite the challenges, they’re getting results. Last year alone, her team provided HIV testing and counseling services to 66,150 people in South Sudan.

We talked with Kinuthia to find out what the obstacles are and how her team overcomes them.

What are the biggest challenges shaping HIV care in South Sudan today?

War is the big one. It affects everything. For example, we used to travel by road when we needed to deliver supplies and commodities to rural health facilities outside of Juba. Now, because of the security situation, we have to fly.

Funding is another huge challenge—the government’s budget for health care is very small. They have no money to pay health workers, so the entire disease burden is left to donors like PEPFAR, the Health Pooled Fund, and the Global Fund.

But South Sudan is a very oil-rich country. If the peace talks that are being held right now go well, that could make it easier to export oil and bring in money to fund health care.

Everything is tied to peace.

How do you work around these challenges? And what more can we do?

First, we work closely with the government and have a great relationship with them. Second, we use data-driven strategies and creative approaches that help us reach more people.

IntraHealth was the first organization to receive PEPFAR funding to work with the military in South Sudan back in 2006, before it became independent from Sudan. And from the very beginning, we’ve been connecting the government and all our stakeholders to important data. Data play a crucial role in all HIV programming, from knowing how well your program is performing to identifying service gaps. Everything we do is backed by data.

But we need more of it. Right now, PEPFAR only manages HIV efforts in six of the ten former states in South Sudan. So everything we think we know about HIV in this country is based on data from only six states. If the donors could spread out their activities across the country, we’d be able to show the world the bigger picture of HIV in South Sudan.

I want more people to know that HIV is not a death sentence.

If you test HIV-positive here, you and your family become outcasts. A lot of people think that once you get it, you’re dead. I want more people to know that HIV is not a death sentence. It’s manageable. And that when a person is diagnosed, they need a lot of support. We must continue to educate about HIV in this country and make sure people understand the disease.

But one of the benefits of working with communities, which we do, is that we can offer more education to clients. Other NGOs often work in health facilities, but they don’t venture out to work with communities outside Juba. 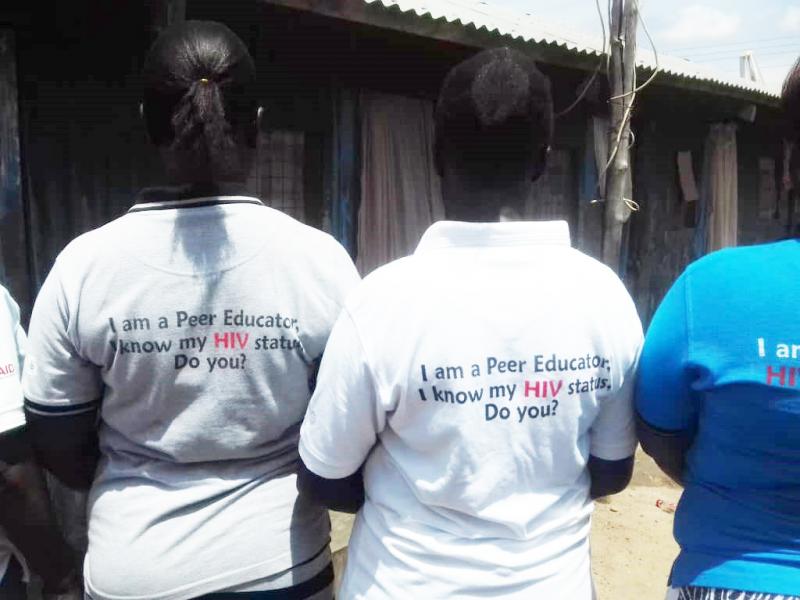 Do you see a lot of HIV stigma in the communities?

Oh yes. It’s really painful to see it in action.

The sense of community is generally very strong here in South Sudan—when someone dies in the village, everyone comes out to support the family. But when a death is AIDS-related, no one comes out. It reminds me of the way things were in Kenya back in the 1980s.

In South Sudan, we have a population that has never had a widespread HIV epidemic. A lot of people don’t know anything about it. So when we go out to do HIV counseling and testing, it takes a lot of time. And stigma leads a lot of clients to avoid going in for refills on their antiretroviral therapy, which, of course, helps the disease spread.

What does the future of health care look like in South Sudan?

South Sudan will have a tremendous need for mental health services in the post-conflict era. We don’t have the systems or workforce in place in this country to manage mental health. We see people tied to their hospital beds or locked up at home. If we want to see healthy societies, people with mental health needs will need support, too.

This piece is part of IntraHealth's celebration of 40 years of commitment to health workers. Follow along: #TheFutureOf #IntraHealth40 #HealthWorkersCount