Fatimata Sy on Partnering to Expand Access to Contraceptives 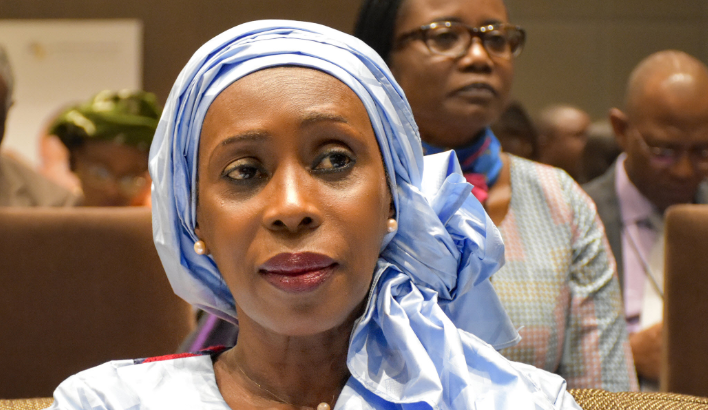 Fatimata Sy talks to The Optimist about her work, the future of family planning, and her own audacious personal goal. 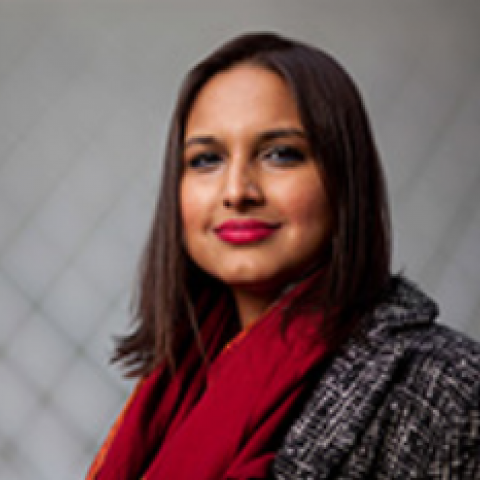 By Ruchika Tulshyan
Contributor, The Optimist

When it launched in 2011, the Ouagadougou Partnership set an audacious goal for 2020: Increase the number of women using modern contraceptives by at least 2.2 million in nine francophone West African countries.

Historically, not many women in the region used contraceptives because of socio-cultural factors and infrastructure challenges. But members of the Partnership were determined to prove that with the right approach, family planning could be a crucial investment for the future of Benin, Burkina Faso, Côte d’Ivoire, Guinea, Mali, Mauritania, Niger, Senegal, and Togo.

They were right. In 2017, the Partnership reported that 100,000 unintended pregnancies and 400 maternal deaths had been avoided as 400,000 women started using modern contraceptives for the first time. Steering the Partnership with three decades of experience is Fatimata Sy, director of the Coordination Unit for the Ouagadougou Partnership. Her deep expertise has brought together governments, donors, and civil society organizations towards a common vision for family planning, which she says in “six years has achieved more progress than in the last 20” in the region. The Senegal-based powerhouse says early successes came from members starting to view “family planning beyond a health initiative [and] as an input for economic growth.”

What keeps her going are the human stories, the lives transformed by the Partnership’s work.

But it is Sy’s nuanced understanding of the challenges—social norms, early child marriage, and gender roles—that has ultimately propelled its success. Now, as Sy prepares to retire from the Partnership and announce her successor at the 7th Annual Meeting,* she talks to The Optimist about her work, the future of family planning, and her own audacious personal goal.

Reflections on the partnership

Talking about family planning is challenging in most parts of the world, but Sy says a combination of religious factors, social and gender norms, and taboos makes it especially difficult in West Africa. What keeps her going are the human stories, the lives transformed by the Partnership’s work. Sy recounts the story of Amy Colle, a woman from Mauritania who was in her teens when an arranged marriage made her the second wife of an older man. Colle used contraceptives to delay her first pregnancy, despite taunts from her family-in-law that she was infertile.

“Planning her first child helped [Colle] to graduate, have a job, and even normalize the relationship with her husband and family-in-law,” says Sy. “She understood that to get the respect of her husband, the respect of the family, she had to be independent economically. And being independent economically is tied to the fact that she could control her pregnancies,” she adds.

And it’s not just individuals and families who benefit. Burkina Faso has seen incredible success. “If you speak to people from Burkina Faso, they will tell you, ‘if we don’t invest in family planning, [we can] forget about economic growth.’” Engaging champions from the region who can communicate the intrinsic value of family planning will be key to future successes, she adds, helping to spur progress in countries that “need more attention, like Mauritania and Mali.”

Like any collaboration that brings together diverse stakeholders and countries, which each have unique challenges, there is no one-size-fits-all solution. In Niger, for example, Sy explains that 76 percent of women are still married before the age of 18. “This is the country where a 30-year-old woman can be a grandmother. People need to think about that.”

The future of the family planning sector

Sy is understandably proud of the Partnership's achievements. But she’s equally candid about the challenges. “The lack of access to information, access to services, access to products – for many countries, around 30 percent of women eligible for family planning do not have access to it because of social norms, or the lack of services. And maybe they don't even know that there are services that exist,” she says.

There are also financial challenges. Even countries that prioritize family planning don’t always make investments on a national scale, and most of the countries are also heavily dependent on international aid for family planning. So, even if just one agency steps aside or closes, often the entire program cannot continue, Sy points out.

Sy says that greater investments need to be made in demand creation for modern contraceptives. “When we analyze the resources from donors, most are going to service delivery, technical assistance, and the procurement of supplies. But not for demand creation, because it's difficult. When you are creating demand, you have to disrupt the social norms.” One way to increase demand is engaging youth. Sy spearheaded a number of youth-led programs as part of the Ougadougou Partnership, but her vision is to have young people “in the driver’s seat,” of new programs, campaigns, and services. “We have youth ambassadors, but my aspiration is to build a critical mass of youth who can put our work into practice,” she says.

Watch this space: Sy’s next act

So, what’s next for Sy? “I will continue being a voice, an activist to help girls to access education.” She witnessed the power of education in her own life and career successes, which influenced her passion for ending early child marriage, and the fight for girls’ and women’s economic empowerment.

Sy has another ambitious goal – to help create a foundation in the West Africa region supported by the African private sector. Her expertise in building partnerships should come in handy. “Many [African private] organizations have a philanthropy branch, but I’ve been wondering, how could we create a foundation of African donors, maybe even matching it to what the Gates Foundation is doing,” she mused.

Engaging the African private sector to put financial resources into areas like family planning, and matching it with work done by international donors, will help shift the disproportionate regional dependency on international aid, she says. “Making a program like that a reality is my dream...but my fight will always be around empowering girls,” she says.

This post was originally published by the Bill & Melinda Gates Foundation.

* Recruitment for the next director of the Ouagadougou Partnership Coordination Unit is ongoing.