Digital Health and the New World

I was a digital health novice before working with the informatics team at IntraHealth. Then they introduced me to mHero. 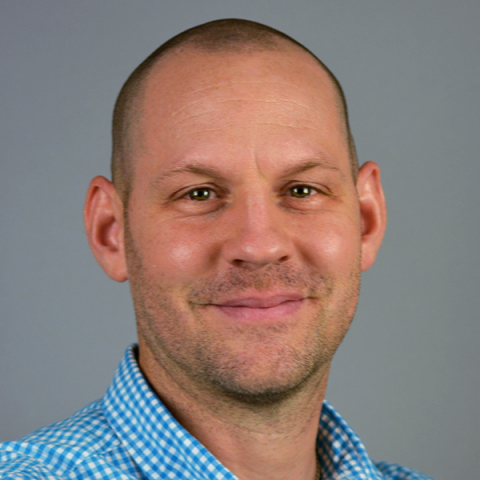 Imagine a scenario where information—really important and meaningful information that could help millions of people—is stored in a way that makes it seemingly impossible to access. Even users within the same organization can’t share it with one another, not because it’s confidential, but because of the way their software is built.

Even today, examples of this exist everywhere, and not only in resource-poor environments.

I was a digital health novice before working with the informatics team here at IntraHealth International. In fact, I knew nothing of the technical concept of interoperability—the ability of one electronic system to integrate with another. I was familiar with the idea of isolated (or “siloed”) databases, but didn’t really understand their implications.

mHero provides a foundation for government personnel to stay in touch with frontline health workers in real time.

By connecting these already existing virtual structures and applications, mHero provides a foundation for government personnel to stay in touch with faraway, often isolated health workers in real time.

I took a deep dive into the mHero platform when I took the mHero Virtual Course, where I could practice using implementation and planning tools and resources, and apply them to real-world scenarios. Anyone interested in using mHero can find the content from this virtual course on the mHero website, which also contains links and tools for program implementation.

As an emergency/trauma registered nurse, and a former member of the Ebola emergency response team at Johns Hopkins Bayview Medical Center, I considered myself well-informed about the Ebola outbreak—the suffering it caused, the epidemiology surrounding the spread of the disease. But I didn’t know it led to this digital health innovation, which Liberia’s Ministry of Health was the first to deploy and which now allows it to receive information directly from health workers in the field.

These timely communications can help officials make informed, data-driven decisions in the midst of a crisis. The new ability to communicate directly with frontline health workers in real-time gave the Liberian government another tool to engage with its workforce and ultimately repress the Ebola virus.

The future of digital health seems to be one of limitless possibilities.

Even outside of a crisis, though, mHero is a powerful public health tool. It has been used to promote behavior change in chronic disease management as well as sexual health practices.

Digital health tools are being used for infectious disease surveillance against epidemics such as Zika and the flu. Mobile phones can run logistical search queries regarding disease surveillance and empower people to report signs and symptoms of infection to health authorities, calling attention to the early spread of infectious disease. Digital health tools are improving health service delivery, such as through SMS reminders for parents to bring their children for vaccines.  And combined with geographical information system (GIS) technologies, digital health tools are mapping trends and incidence of diseases such as malaria.

The future of digital health seems to be one of limitless possibilities. Dave Potenziani, senior informatics advisor at IntraHealth and one of my mentors for my 2016 UNC-IntraHealth Summer Fellowship, put it this way: I was having a conversation with Hellen, one of the Liberian Ministry of Health managers of mHero workflows. We were discussing how to use mHero data for reports when she stopped and said, “Excuse me, Dave, for one moment.” She went over to her laptop, punched in a few things and then turned back to me.

I asked her, “Hellen, what did you just do?”

“Oh, I forgot to start a workflow,” she said. (That is, sending a message to a group of health workers using mHero.)

I asked, “How many people will respond to your request?”“Probably five thousand,” she said.“When do you expect to get the responses?” I asked.“Probably by tomorrow night.”

That’s five thousand data points at the tap of a button. Five thousand! This is where digital health is going; it is going toward megadata.

Fifteen years ago, I received my first mobile phone as a Peace Corps volunteer in rural, southeastern Guatemala. In the short three-and-a-half years I was there, I saw mobile technology proliferate to even the most impoverished communities. There are few places on Earth untouched by the pervasive influence of technology.

The excitement of unknown limitations is helping expand and redefine the virtual boundaries of our digitized world. Digital heath is moving in the direction of—or rather, is already at the point of—data saturation.

Our next challenge lies in interpreting, deciphering, and using these megadata, which undoubtedly possess the solutions to so many of the public health challenges we face. mHero is just one way we’ve started working toward this. I imagine there are many more to come.

mHero has been implemented in Liberia, partly in Sierra Leone, and plans to implement mHero in Guinea are underway.

We want to hear from you! Tell us about the future YOU want! Send us a 1 minute video explaining why you think su… https://t.co/awZL3ITTyS

"You people have the power to make a difference, make a change, and actualize their dreams. They are leaders now, n… https://t.co/43akFd3tzL