Safeguarding Health in Conflict Coalition Chair Leonard Rubenstein discusses the effect of conflict in the country. 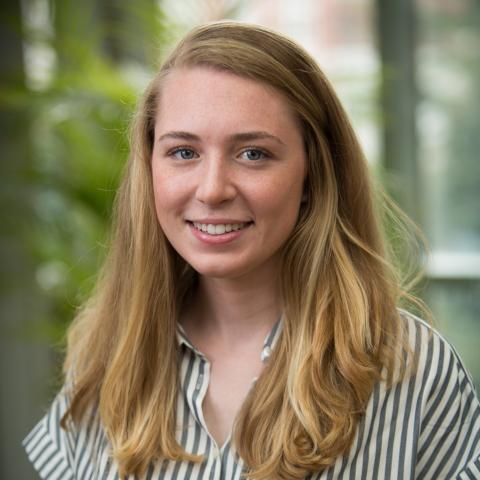 For people living in the Central African Republic, life since 2012 has been defined by civil war, violence against civilians, an overwhelming need for humanitarian aid, and persistent attacks on clinics, health workers, and patients.

Given the hundreds of thousands of displaced civilians, rampant murder and sexual assault, consistent impunity of human rights violations, and little leverage by the government and international peacekeeping organizations, the United Nations has deemed the situation a large-scale humanitarian crisis.

Fourteen armed groups signed a  Political Agreement for Peace and Reconciliation more than a year ago, and a new special criminal court was established to seek to end impunity. Still, peace in the country remains uncertain.

Over the past three years, there have been well over 100 incidents of violence against health, including assaults, lootings, the destruction of health facilities and more—though the actual number may be much higher, as the World Health Organization’s reporting system deteriorated significantly in 2019 in many countries and specifically in the Central African Republic. The targets included clinics, international nongovernmental organization (NGO) health workers, and patients, as well as supplies at medical warehouses, health facilities, and international NGO compounds.

Also read: Violence against health care in the CAR and 19 other countries or territories in conflict in a new report, Health Workers At Risk: Violence Against Health Care

Leonard Rubenstein, chair and founder of the Safeguarding Health in Conflict Coalition and director of the Program on Human Rights, Health and Conflict at the Johns Hopkins Bloomberg School of Public Health, traveled to the Central African Republic earlier this year and spoke to health workers and the Minister of Health, Dr. Pierre Somse, about the effects of civil war and conflict on health and the country’s health systems.

Rubenstein shared his experience and viewpoints with us in an interview.

How has health been a target in the Central African Republic?

Rubenstein: Health care has been a target from the start of the war, including violence directed at patients from opposing groups inside hospitals and clinics. The victims may be fighters from a different group or people of a different religion or ethnic background.

A second type of violence involves looting, robbery, and kidnapping for ransom by armed groups or criminal gangs. The perpetrators often seek medications, supplies, and other valuable items.

For example, as documented in our Safeguarding Health in Conflict Coalition report on 2019 incidents, medical supplies were taken from warehouses and health facilities, as well as from international NGO compounds. Perpetrators were usually armed and assaulted and threatened health workers.

Listen: Rubenstein discusses violence against health in the CAR and other places in conflict during a briefing about the new report.

How do these incidents affect the health and health system in the Central African Republic?

Rubenstein: These attacks have had profound effects. They often led to suspension of health services and departure of health staff—to the point where many clinics lack any professionals. They also terrify people, leading them to fear coming to clinics for care.

Vaccination campaigns have also been disrupted because there has been violence against vaccinators as well as looting and stealing of supplies. Recently, there was a major measles outbreak, which is likely because violence affected the ability of children to access necessary vaccines.

The decline in utilization is a significant impediment to community health. For example, one major attack that affected the ability of patients to access antiretroviral treatment in a community with a high prevalence of HIV. When there is a loss of access to medication, for an HIV patient, it can be a death sentence.

As the unprecedented pandemic of COVID-19 affects countries around the world, targeted attacks and other incidents of violence impede health workers’ ability to save lives and the country’s ability to address the many repercussions of COVID-19.

What do you think would make a positive impact?

The most positive step would be to successfully implement the 2019 peace agreement. That would require members of the armed groups to come into the government and the government would need to mobilize the troops.

It is also crucial to ensure that the Special Criminal Court receives the support and resources it needs to end impunity. As long as impunity prevails, it is nearly impossible to stop attacks. Improvement of basic policing is also essential for progress.