“My dream has always been to work with children,” said Siphiwe Sikhasa, between games at the soccer field at the Safe Park in Grabouw, South Africa.

Just 45 minutes outside of cosmopolitan Cape Town, the small town with dirt roads looks like a world away.

His passion for helping children is apparent as he runs the field and freely gives hugs and high fives.

Most days there are nearly 200 children at the Safe Park.

On this particular overcast, drizzling June winter day, there are approximately 20 children playing soccer and 110 children at the Safe Park. Most days there are nearly 200 children.

The Safe Parks are a component of the 309 Isibindi programs established in 161 communities throughout South Africa by the National Association of Child Care Workers (NACCW).Meaning “courage” in IsiZulu, Isibindi serves more than 200,000 vulnerable children nationwide, including those who live in grandparent-headed or child-headed households; have disabilities, HIV/AIDS, or other diseases; are caring for ailing family members; are victims of abuse; face struggles at school or home; or are affected by a number of other factors that could lead to unsafe situations.

In addition to working at the Safe Park, Sikhasa and other trained and supervised child and youth care workers (CYCWs) continue to help families in their immediate communities by going door-to-door to assess needs and offer support to those who need it.

Each worker aids up to 48 children, monitoring a child’s progress, acting as their confidant and providing support in various areas as needed in a child’s life. CYCWs build relationships with children through interaction in typical daily routines—cooking together, reading, household chores, and life skills.

The Nghonyama* family is one of the thousands visited 3-5 times a week by CYCWs. Since 2011, Edwina is the CYCW who has been working with the family’s five children, currently ages 5-17, and the grandmother caring for the children. Three of the children lost both parents to AIDS, one child was abused by his step-father and one was abandoned by her parents.

In all cases, Granny Nghonyama stepped in. Some are her biological grandchildren, some she calls her grandchildren.

“It doesn’t matter whose child it is,” she says. “I just have a deep love for children.”

Budgeting, homework, and overcoming the stigma associated with HIV/AIDS haven’t been easy for this blended family, but have been made easier with the help of Edwina. She has helped to link the family with additional services, including a social worker and government subsidies.

Isibindi is in the second year of a five-year scale up and is funded by PEPFAR through USAID. The goal is to train 10,000 CYCWs; to date 4,402 have been trained.

Two universities in South Africa now offer a CYCW degree and more than 6,000 workers have been formally registered with the South African Council for Social Service Professions under a new statutory regulation championed by the NACCW.

The Para Professional Interest Group of the Global Social Service Workforce Alliance has drawn from the expertise of NACCW and many others to develop a competency framework for paraprofessionals that includes a section on functions and competencies specific to auxiliary child and youth care workers. The framework is being tested and a first edition will be released later this year. The competencies build upon the Alliance’s global efforts to help plan, develop, and support all levels of workers who make up the social service workforce.

The Safe Park model is being replicated in Kenya, Zambia, and within South Africa.

In South Africa, the program has been embraced by the government as a best-practice model. Several other countries have expressed interest in developing new cadres of CYCWs and are receiving support from NACCW to do so.

“We have engaged the South African network to advise us and help us launch the Safe Park model,” said Jennipher Atieno Kere, Executive Member for Education, Youth, Culture, Gender, and Sports. “I want to…learn how to implement this program.”

The Safe Park model is also being replicated within South Africa by more than 20 other organizations and in Zambia.

“While the NACCW developed this program, we’re happy to share it with the world,” said Zenuella Thumbadoo, Deputy Director, NACCW. “These child and youth care workers are impacting one life, one family, and one community at time, leading to real change here in South Africa, and eventually around the world.”

As Sikhasa continues to develop his skills as a CYCW, he prides himself on being a positive male role model to the young lives he influences. “I have younger siblings who have always looked up to me,” he says, “and I want to continue to be a model for them, and all kids.”

*names changed to protect the identity of the familyThis post originally appeared on the blog of the Global Social Service Workforce Alliance. IntraHealth International serves as the host and fiscal sponsor of the alliance. 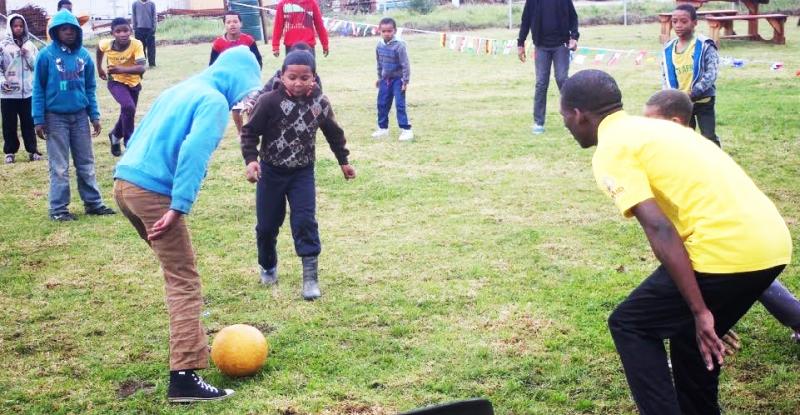 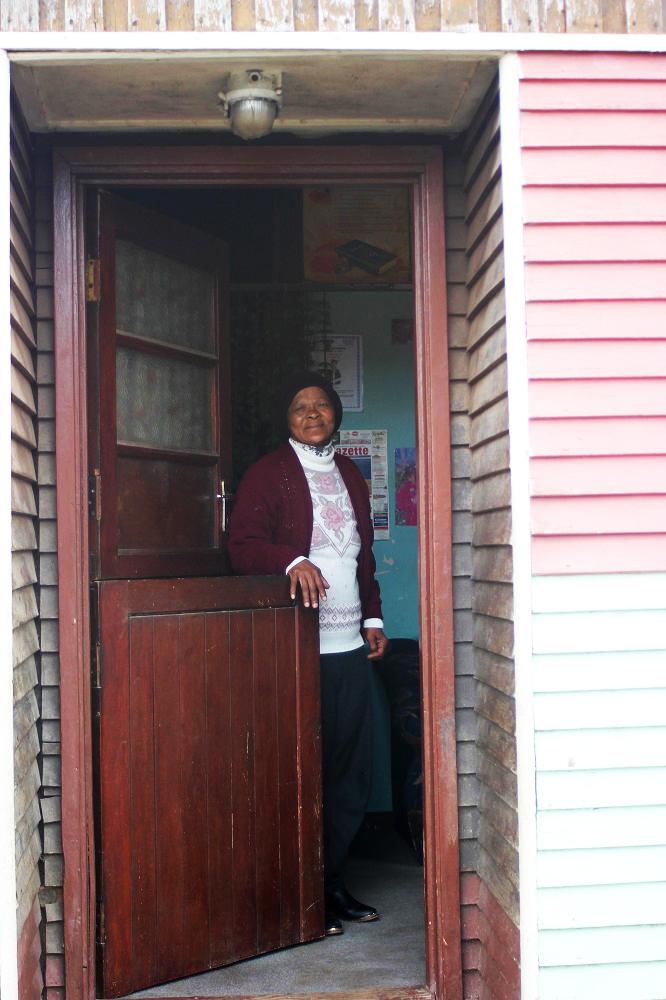 Granny Nghonyama opens the door to the CYCW. Photo courtesy of Nicole Brown and the Global Social Service Workforce Alliance.