A new global campaign is pushing for salaries, benefits, and formal employment for these crucial health workers. 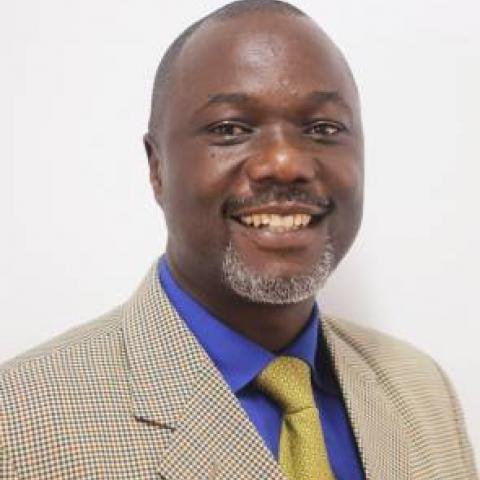 They wear T-shirts with health messages. They carry bags of tablets, syrups, and health information materials. They mobilize communities to go for vaccinations. They distribute mosquito nets. They supply contraceptives. They accompany women to antenatal clinics and delivery rooms and ensure that they deliver their babies safely.

CHWs have never been a priority for the public health sector and they are rarely recognized or paid for the work they do.

This is, however, bound to change.

The World Health Organization (WHO), Amref Health Africa, and IntraHealth International have teamed up to launch a global campaign to have CHWs formally employed and given benefits, just as any other civil servants are.

As a result, there were mentions and discussions of CHWs in several sessions of the 70th World Health Assembly. The incoming WHO Director-General and former Minister of Health in Ethiopia, Dr. Tedros Adhanom Ghebreyesus, promised to strengthen primary health care, including revamping the CHW agenda. Ethiopia has led the way in showing how CHWs can bolster the health system.

The problem is attrition.

If CHWs were fully supported to do their work, there would be tremendous improvement in prevention of common diseases such as diarrhea, malaria, and pneumonia, which are still the main killers of children. They would also help prevent the deaths of women from pregnancy-related causes. HIV prevention and care would reach millions through the work of their hands.

In fact, it is now acknowledged internationally that Ebola would not have had the toll it did in West Africa if more community health workers there were available to do their work.

As it is now, however, these important workers are not available to everyone who needs them. But the lack of CHWs is not caused by a deficit of those who want to be trained to do the work. The problem is attrition of those who have been recruited and trained. Attrition rates for CHWs are higher than any other cadre of health workers—as high as 77% in some communities. This means that out of every 10 people recruited and trained, only two remain to do the work.

Although there may be other minor reasons for CHW attrition, the greatest is that they are not paid for the work they do. The issue of remuneration for CHWs remains largely unresolved among key players.

On the one extreme, there are stakeholders who believe that CHWs should be purely volunteers, that their motivation should come from personal satisfaction, and that they should be happy for making their communities better places to live. They believe that by volunteering, CHWs pay allegiance to no other institution but their communities and that this makes them achieve better results for the community. It is extrapolated that communities will in return appreciate CHWs, including providing them with material support.

On the other extreme, there are stakeholders who believe that CHWs play a key role in health and that the functions must be structured, supervised, monitored, and remunerated by ministries of health with a package commensurate to their efforts. They believe that CHWs should be formally employed and the jobs should come with benefits. In addition, they believe that CHWs must be provided with the means to do their work, including supplies and travel logistics.

In the middle ground are organizations and governments that believe in a mixture of volunteerism and self-sustaining financing for CHWs. In this model, the CHW may sell family planning and other commodities to raise funds for their work. CHW groups can be supported to form cooperatives and have access to loans to start income-generating activities to support their work. Reimbursement for expenses incurred in the course of doing their work is also encouraged and, where possible, stipends are recommended.

Studies show that the better model is hiring and paying CHWs like any other civil servant.

Despite the convictions of these various players, studies show that the better model is the one for hiring and paying CHWs a salary like any other civil servant.

Studies also show that CHWs who receive incentive packages have significantly higher retention rates than those who do not receive some form of remuneration. This key factor is well demonstrated when unmarried people are recruited and trained as volunteer CHWs and then, as soon as they marry, abandon their duties and look for paid employment to support their families. Where volunteer CHWs choose to continue their roles, they do it part-time, giving more time to paid employment. Many times their families disapprove of these extra voluntary duties, and within no time, they drop out.

In instances where CHWs are supported to generate their own resources from enterprises, many fail for lack of entrepreneurial skills. Those who succeed may become more interested in the business than in providing voluntary services.

In reality, attrition of CHWs means a lack of continuity in the relationships established among a CHW, community, and health system. This destabilizes progress in achieving health outcomes. Further, high attrition rates raise the costs of identifying, screening, selecting, and training the CHW. When CHWs leave, the opportunity is lost to build on their experiences and make community work more effective.

It is these evidence-based realities that have made organizations such as Amref Health Africa, WHO, and IntraHealth embark on a campaign to integrate and remunerate CHWs like all other health workers. Governments will have to develop strategies that take this approach into account. Where necessary, laws will need to be changed to accommodate CHW civil servants. We also hope that the donor community, other NGOs, and the private sector will support this agenda, which could be the shortcut to achieving global health security and universal health coverage.

A version of this post was originally published by Amref Health Africa.