From Cholera to Scholarship: How a Turkana Boy Became a Nurse 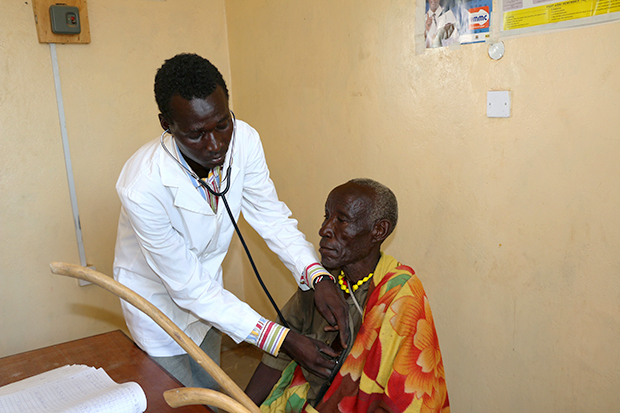 Emmanuel Etabo, a nurse in Kenya, works to save lives where life is tough.

When Emmanuel Etabo was in Form One (the equivalent of a freshman in high school) he came home on holiday to a Cholera outbreak in his village in Turkana County, Kenya.

Two people had died and many more were sick.

“I was helpless,” he says. “That’s when I decided I wanted to be a health worker.”

“Everybody was running to the nearby health center for help but there weren’t enough health workers to treat them all,” Emmanuel says.

Cholera, a diarrhoeal disease, acts fast. It can kill within hours if untreated. Severe cases require treatment from skilled health workers for rehydration therapy and antibiotics.

“I was helpless,” he says. “That’s when I decided I wanted to be a health worker.”

Known as the “cradle of mankind” due to its many archeological finds, Turkana is where life as we know it began. Now it’s one of Kenya’s driest areas and life for its people is hard. Roads and infrastructure are poor, the weather is harsh, and there’s a lack of clean drinking water.

According to the Kenya Demographic and Health Survey of 2014, Turkana has some of the highest levels of poverty, malnutrition, and illiteracy in the country. Life is particularly tough for women, who have an average of 6.9 children (third highest total fertility rate in the country). The contraceptive prevalence rate is very low at 10% (second lowest in the country). And less than a third all births are attended by skilled birth attendants.

The Ministry of Health Kenya HIV Estimates Report 2014 shows the county’s HIV prevalence rate is 7.6%—one of the highest in the country.  And today the county still doesn’t have enough health workers.

There’s a shortage of health workers available to provide adequate access to family planning, HIV care, and other services across Kenya. But the situation is even worse in the arid and semi-arid lands in the north.

A 2013 Ministry of Health Human Resources for Health Assessment Report for Northern Kenya identified Turkana as the county with the lowest health worker to population ratio in the area. There are only three health workers for every 10,000 people.

The fact that very few health workers are attracted to work in his home county motivated Emmanuel to apply to nursing school. But the cost of a nursing education was a big problem.

"I faced a lot of challenges in raising the fees,” Emmanuel says. “I had reached the point of dropping out in my second year.” That’s when he heard about a new scholarship program.

Emmanuel is among 341 students who have benefitted from a scholarship program run by IntraHealth International’s USAID-funded FUNZOKenya project. The scholarship program began in 2011 to reduce provider shortages and provide financial help to medical students like Emmanuel from poor backgrounds. It specifically targeted students from areas like Turkana that have acute shortages of health workers.

In 2013 the project transitioned from providing scholarships to creating a loan program to ensure a more sustainable funding mechanism for health workers training in the country. The project partnered with the Higher Education Loans Board to launch the Afya Elimu Fund. More than 5,000 medical students have now received loans for tuition fees.

Emmanuel completed his diploma in registered community health nursing at the Kenya Medical Training College Thika in January 2015. Now he’s a volunteer at Kerio Health Centre in Turkana. Emmanuel attends to patients who come in with respiratory and digestive problems as well as insect and snake bites.

“I am grateful to FUNZOKenya for helping me pay my school fees and realize my dream of serving my people,” Emmanuel says. “Even though I’m not earning a salary right now, I’m very happy to be here.”

Patrick Moi, the medical officer in charge of the facility, says Emmanuel is a “God-sent addition.” With Emmanuel, the facility has four health workers serving a catchment population of over 6,200—and working to save lives.

Patrick and the county government are working to add Emmanuel to the county payroll. 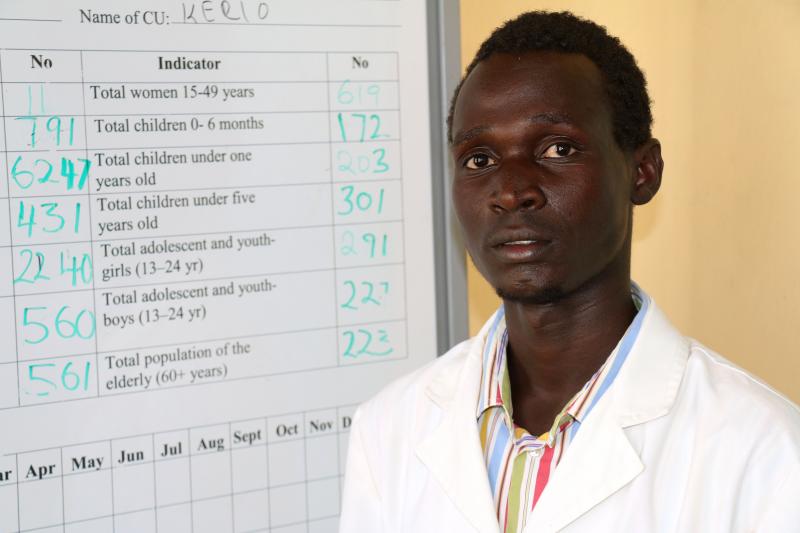 Emmanuel Etabo volunteers at Kerio Health Centre in Turkana. He received a scholarship provided by IntraHealth's FUNZOKenya project to pay his nursing school fees. He graduated in January and now provides family planning, HIV care, and other health services. 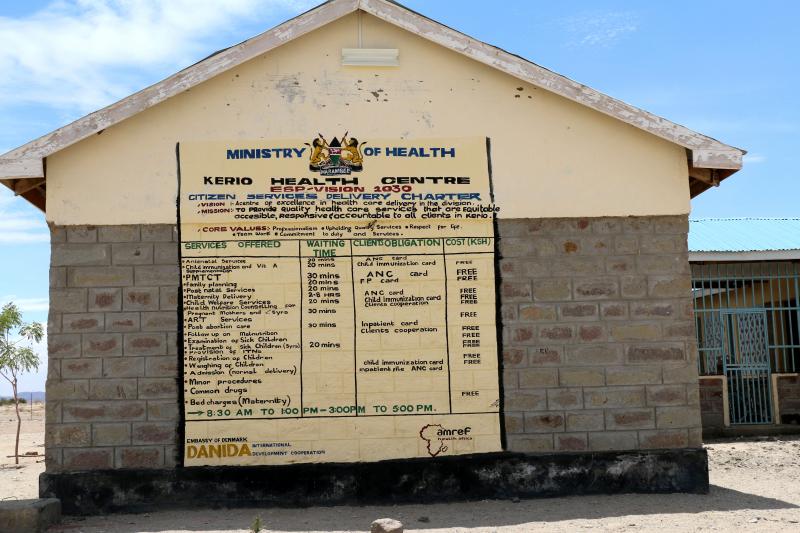 With Emmanuel on board, there are now four health workers serving a catchment population of over 6,200. Patrick Moi, the medical officer in charge, says Emmanuel is a âGod-sent addition.â Patrick and the county government are working to add Emmanuel to the county payroll.

It's #ThrowbackThursday! Last Fall, we sat down with IntraHealth leader Lucy Mphuru to talk about getting results a… https://t.co/OzVwiYM9Kx