For Children, Health Workers Are Key to Longer Lives

Five year olds are special—all of them, everywhere.

They tend to be curious, energetic, and goofy. They need cuddles when they’re sad or sick. They feel entitled to a good pout now and again, but they are also generous forgivers and forgetters. Five year olds believe in magic, yet have a burgeoning ability for rational thought. They appreciate their physical bodies for what they are: conduits of affection, energy, and joy.

Earlier this month, my third child—my baby—turned five years old. Together with family and friends, we marked the milestone with a unicorn-themed birthday party, a birthday cake, and a piñata full of treats.

Before five, kids are more prone to diarrheal disease, pneumonia, the flu, and other infectious diseases. Eighty-six percent of all malaria deaths occur in children under the age of five, and malnutrition or a severe illness during these years can have long-lasting or permanent effects on their health and development.

There are many experiences parents of healthy five-year-olds everywhere share. But access to high-quality child health services is not one of them.

In 2012 the loved ones of 6.6 million children under the age of five dealt with the unspeakable grief of losing a small child. Most of these deaths could have been prevented with basic prevention and treatment services.

I’ve heard criticism of this campaign as frivolous—a waste of money. But I disagree.

But there is also reason to celebrate. The annual mortality rate for children under the age of five dropped by 47% between 1990 and 2012. That’s a whole lot of birthday celebrations that could have been moments of remembrance and grief.

This week, we at IntraHealth International are participating in the 5th Birthday and Beyond Campaign, which celebrates US leadership in advancing child health globally. I’ve heard some criticism of this campaign (or others like it) as frivolous—a waste of money. But I disagree.The campaign makes me think of the five-year-olds I’ve been lucky enough to know and watch turn into older children and adults. It makes me think of my own five-year-old with gratitude. It makes me remember what it was like to be five.

It also makes me—and all of us—think about disparities and what we can do to tackle them.

Earlier this month I took my daughter for her annual well child exam. A medical assistant checked us in, reviewed our family’s medical history, and checked my daughter’s vitals and vision. Her pediatrician reviewed her medical and social history with me and plotted her weight and height (of which he has a record since her birth) to show me how well she’s growing. He checked her spine and balance.

The doctor remarked on a note he had received about her care from an ophthalmologist to whom he had referred her. He also followed up with me on how her speech therapy is going. We hadn’t talked about this for over a year, but on his laptop, he had a summary at his fingertips. A medical assistant then returned to administer two booster vaccines.

Not every childhood death can be prevented, but most can be.

My daughter left the doctor’s office with star-shaped Band-Aids on her arm and a new book she was given for her bravery.

Today, as I write this a couple of weeks later, my daughter is sick with a high fever and upset stomach. I can manage her fever and discomfort with over-the-counter medications. But if her symptoms get worse or she starts getting dehydrated, I know I can take her to her pediatrician, to an urgent care clinic, or to the emergency room at the local hospital.

For many parents around the world, managing the health of their five-year-olds is not like this. To me it’s routine, but to others, it’s a luxury or an impossibility.

Some parents of sick children have to make difficult choices about when and whether to attempt an arduous journey and endure long wait times to find health workers. They may not be able to help their children stay comfortable and hydrated. The health workers in the closest clinic may or may not have the supplies, training, and support they need to diagnose and treat effectively. The child may get better—or may not.

Not every childhood death can be prevented, but most can be.

We have made progress globally, and that’s worthy of celebration, worthy of the reminder, and worthy of continued investments in child health and the health workforce needed to ensure that every caretaker of every child everywhere has someone with the right skills, equipment, supplies, and support to give their child the best possible care. 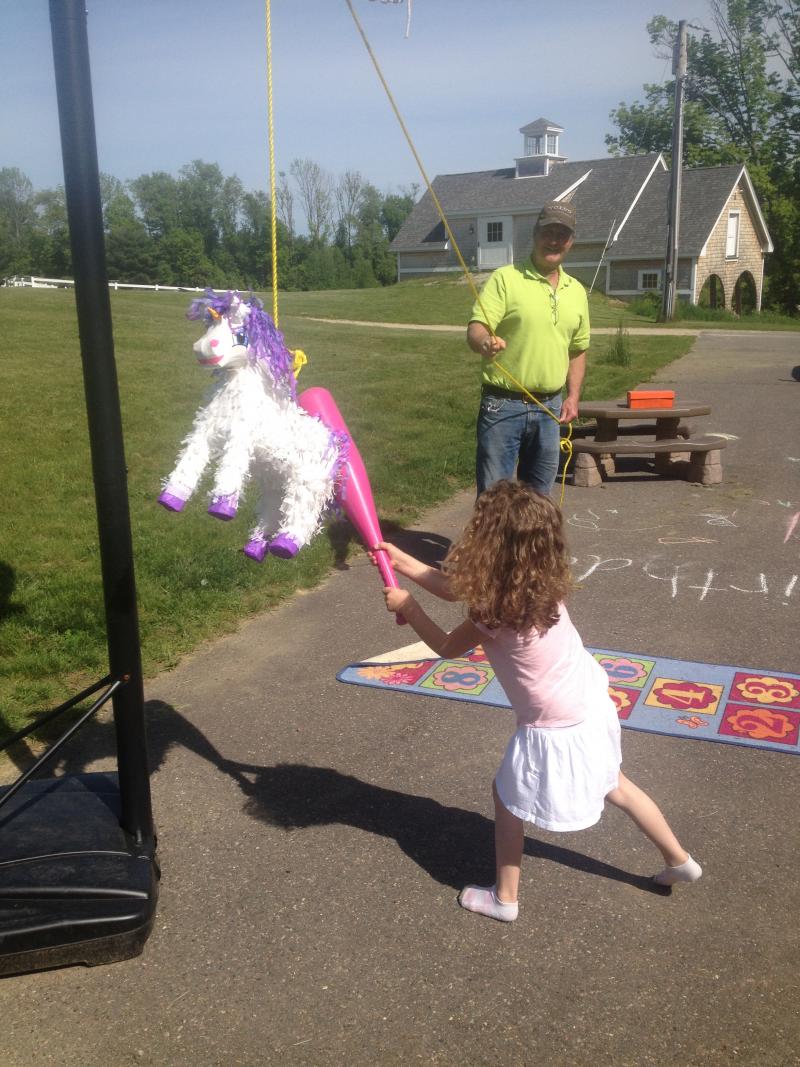 The fifth birthday is a milestone, one Mahoney's family celebrated with a unicorn-themed birthday party.

"Investing collectively to ensure all regions of the world have state-of-the-art production infrastructure, trained… https://t.co/6z6vxbsc5A