CDC Looks Ahead as Ebola Challenges Continue in West Africa

By Antigone Barton
Writer and editor, Science Speaks and the Center for Global Health Policy

A medical student in Guinea doesn’t reveal that he was exposed to Ebola when he’s admitted to a Conakry hospital, where he then shares a room.

By the time he is diagnosed with the virus, a visitor of the roommate has fallen ill and taken a dozen taxis to a series of doctors and hospitals, transmitting the virus to four more people, including one of the cab drivers.

Last week’s Morbidity and Mortality Weekly Report from the U.S. Centers for Disease Control and Prevention recounts this event, which occurred in August, as one of a series accounting for ongoing transmissions of the virus in Guinea and Sierra Leone, even as the World Health Organization declares Liberia Ebola-free for a second time in four months.

A total of 881 health workers have been infected, and 513 have died during West Africa's outbreak.

And as Liberia heightens its efforts to track signs of a disease that once again has not revealed itself there in more than two months, the report notes challenges to monitoring the path of the virus in the two countries where it continues to appear.

They include continued reluctance to disclose exposures, delays by health workers as well as patients themselves to recognize signs of the virus in a region where malaria and typhoid may cause similar symptoms, as well as difficulties to tracking those exposed and preventing new infections in places where, as the MMWR issue’s report on Liberia notes, “general health systems and public health capacity were adversely impacted” by the outbreak.

As a World Health Organization Ebola Situation Report last week reported, a total of 881 health workers have been infected, and 513 have died across Liberia, Guinea, and Sierra Leone in the course of the West Africa outbreak.

The report also looks at progress, in health system readiness highlighted by swift containment of cases that ended Liberia’s last “Ebola-free” period, in field epidemiology training in that country for health workers, and in supportive and more effective contact monitoring practices in Sierra Leone and Guinea.

It concludes, however, that those improvements must be just the beginning as the countries face the potential for continued transmissions, unknowns about the duration of exposures through sexual transmissions, and new, future outbreaks. 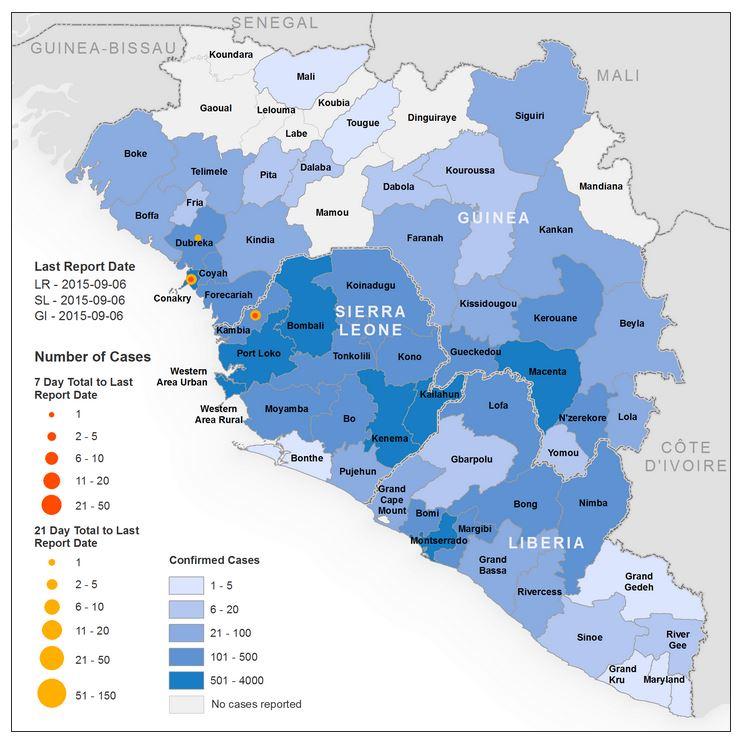