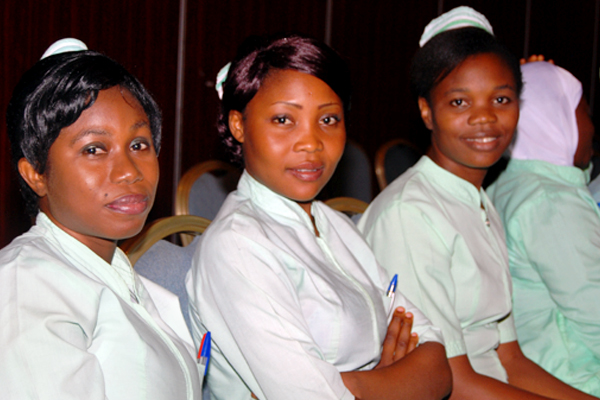 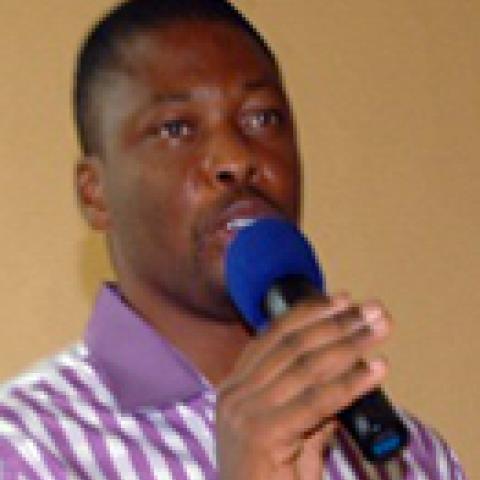 “We have done it before, we are doing it now, and we will do it again,” announced Samuel Ngobua, chief of party for CapacityPlus/Nigeria, during a scholarship award ceremony on August 13. The event marked the second scholarship award—this time to 1,200 midwifery students from 54 schools in 30 states!The scholarship scheme is one of the interventions the IntraHealth International-led CapacityPlus project is implementing to address low production of high-quality midwives and community health workers in Nigeria. A baseline assessment in September 2012 showed that financial difficulties caused a high number of students to drop out of their programs while other students pulled out until they had funds to continue. In February 2013, CapacityPlus awarded the first scholarships to 874 students in their final year of studying to become midwives and community health extension workers in two states, Edo and Benue. As a member of the CapacityPlus/Nigeria team, I am glad to be a part of this growing concept aimed at improving the lives of these students and the families they will serve. As I looked out in the crowd, I could see hope and relief expressed in the faces of the beneficiaries.

When we first came out with the scholarship package, I heard a lot of statements that it was “419”—the legal code for advanced fee fraud. It was very difficult for people to believe that such scholarships could be given to students because they met requirements and not because they were “connected” or “influential” people. But after the award ceremony, my colleagues and I spoke with some of the beneficiaries and their responses showed how we were changing the very way scholarships are provided, and helping students fulfill their goals of becoming midwives. One recipient, Adikuru Ihuoma from the School of Post Basic Midwifery Awo-Omamama, Imo State, sums up how many doubted the scholarships would ever come through: “I came to see if it was real, because I have not seen such before.” And as we found in the baseline assessment, we heard over and over from students how lifting the financial burden will reduce their stress and allow them to concentrate on their studies, graduate, and go on to provide quality health services to mothers in need. “The scholarship will go a long way to help me psychologically and also to study knowing that my financial problems have been settled,” explained Damna Blessing, who attends the College of Nursing and Midwifery Kafanchan in Kaduna State. Another recipient, Dorcas Mangai, from the School of Midwifery, Plateau State, echoed this: “The scholarship has given me courage and confidence to study hard in order to support lives that are not capable to take care of themselves health-wise, especially in the rural areas.” I also had a discussion with one of the school principals, who told me about a student who dropped out and could not graduate with her set because she was unable to pay her fees. But after receiving a scholarship earlier this month, she is back to join the next set of final-year students. During a recent telephone conversation, that student told me her mother died and she used the money intended for school fees to pay for the burial ceremony. “I wept but could not get support from any relatives,” she explained. “There was no assistance from any angle…to defer my admission [was] the only option. The scholarship will help me achieve my goal in life, I am really thankful to CapacityPlus.”

I am overwhelmed at the outcome of the support we as CapacityPlus offer to these indigent students. It drives me to do more; I have great joy and fulfillment when I see the rays of smiles glowing in the faces of these students. While some others are causing pains, we are saving lives!