In Boubous and Contraceptives: Choice is the Name of the Game 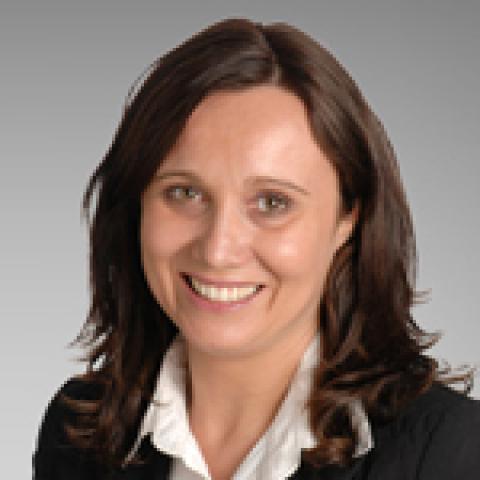 At 5am, I woke up and put on the “boubou” that my colleagues had gotten made for me. It was sewn from the same fabric as their boubous, which were all printed with Senegal’s national family planning campaign tagline: “Family planning—advice for life.” When I arrived at the office, I was surrounded by my colleagues who were all wearing, in addition to their boubous, beautiful clothes, traditional outfits with a touch of personal style: embroidery, beads, or buttons. I thought to myself, I feel really plain—if only I had known.

We all jumped on a bus, heading to Missirah—a small town in the Fatik region, a nearly four-hour ride from Dakar. We got off the bus in an open sandy square. The air was hot, already at least 95 degrees. We were surrounded by women who were waiting for the ceremony to start. They were all wearing their boubous too—the same fabric as ours. The crowd of women, like an ocean of blue and white in a singular pattern, had come out to show its support for family planning.

We were all there for the kick-off event of the third annual National Campaign to Reposition Family Planning here in Senegal. The campaign launched in 2007 to bring to light the “silent tragedy” of Senegalese women dying from pregnancy-related causes. Today, Senegalese women face a 1-in-46 lifetime risk of dying from pregnancy-related causes; the problem is particularly acute in rural areas. Offering women the family planning and contraceptive services they need to choose if and when to get pregnant is one critical intervention in changing this reality. Senegal’s 2010 family planning campaign theme is  “Reduce maternal and infant mortality by birth spacing: male involvement makes the difference.” Representatives from USAID, the Ministry of Health and Prevention, the Senegalese government, local and international NGOs, as well as religious and community leaders gathered at the event to ensure its success and that of the ongoing campaign.

As I glanced around the crowd of women dressed in matching boubous, I saw a sea of unity and individuality—each dress matching the others yet reflecting the woman’s individual touch, a draping or a detail added to suit her personality. In this, I saw too Senegalese women’s needs for variety in health care services, including contraceptives and family planning.  These women want exactly what Senegal’s Ministry of Health and IntraHealth are aiming to provide: the right to make informed choices that preserve their health, families, and happiness, including a choice of modern contraceptive methods.

Melanie Martel is a Pfizer fellow on the Maternal and Child Health/Family Planning/Malaria project, which is led by IntraHealth International and funded by USAID.