Behind Big Results in Zambia, Big Ideas and a Creative Team

Meet some of the people who’ve been driving major progress in HIV care for members of Zambia’s hard-to-reach key populations. 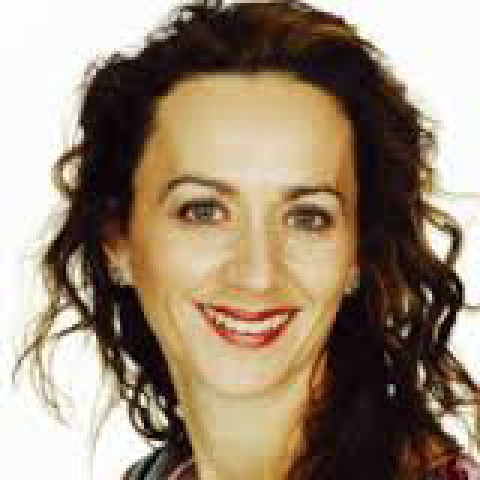 Five years is a very short period in the grand scheme of things. But when the right people work together toward a common goal, great things can be achieved.

Great things like reaching 738,951 people with HIV testing and counseling. And of the 10% who tested positive, getting 87% initiated on antiretroviral therapy (ART) to help treat the disease.

This is what happened in Zambia, where IntraHealth International has been working to improve HIV testing and counseling and expand access to those services in rural and underserved districts. But it would be short-sighted to talk only about the numbers.

I’d rather talk about the people who achieved these results, and the numerous initiatives they undertook to engage the community as they achieved them.

How to reach the hard-to-reach

IntraHealth’s team in Zambia worked with women and babies, yes—many women become more engaged in their health the second they learn they are pregnant, as they want to ensure their babies are safe and healthy—but men are often harder to reach, more reluctant to adopt healthful behaviors or seek treatment for sickness. Go to the health facility along with wives and screaming babies and children? No thank you.

So the team had to strategize.

Raymond Havwala, the male engagement officer, used an approach called Healthy Images of Manhood to work specifically with men, teaching them in focus groups how to take care of their own health, and discussing their respective issues together in a comfortable and familiar environment. One of the men Raymond met during these meetings made a particularly striking remark:

“The HIM meetings helped me face my fears about taking an HIV test,” he said. “I got tested and I was immediately started on ART. This has helped me gain weight and better protect my family. The information about the benefits of being consistent with my treatment and the viral load suppression is the gospel I am now using to bring more men to our meetings.”

The men started to look forward to these meeting and were more and more comfortable talking about health and other things. They even started to address other subjects. Gender-based violence was one dear to Raymond’s heart.

They realized how much they were hurting their partners.

“Gender-based violence is a serious problem in Zambia and is mostly perpetrated by men,” he says. “This problem was also there amongst our participants and needed to be addressed. Our Insaka meeting also revealed that most HIV-positive participants, after being tested, perpetrated violence as they accused their partners of bringing HIV into the home. This was heartbreaking for me as a gender activist. I felt the HIM approach would be a good platform for working on this with the men, and the group responded very positively to the topic. They realized how much they were hurting their partners and how their relationships broke down as a result of accusing their partners after learning their HIV-positive status. This also helped them change their perceptions and live in harmony with each other and especially manage the condition as a couple.”

Raymond received an award in the Gender and Governance Category in recognition of his outstanding contribution to promoting the empowerment of women and ending gender-based violence under the Genderlinks awards in Zambia in both 2012 and 2014. And for this work with men, he received the Men’s Excellence Award under the Government of Zambia.

No one should be left behind, so the team also worked with hard-to-reach key populations, including female sex workers, men who have sex with men, prisoners, and transgender individuals. The program was very successful—they reached almost 70,000 clients from these groups. Among them, 18% tested HIV-positive.

Members of key populations tend to engage in higher-risk behaviors. In Zambian correctional facilities, for example, HIV/tuberculosis coinfection rates are high, and driven by unprotected male-to-male sex, overcrowding, sexual violence, drug use, lack of access to HIV/TB information, and lack of access to condoms/lubricants (which are banned by the government to prevent homosexuality). And upon release, prisoners risk infecting their partners with HIV when they return home.

So once again, the staff had to get creative to reach these groups.

They trained correctional facility officers as well as inmates.

Their initial strategy was to have visiting health workers provide inmates with HIV testing, TB screening, and referrals for those who needed them to in-house ART and TB treatment services. But the inmates’ lack of trust for outsiders hindered the results. So IntraHealth Zambia started a close collaboration with the Ministry of Home Affairs, Correctional Services, to train correctional facility officers as well as inmates in psychosocial counseling. A total of 50 inmates and 50 officers were trained as lay providers to provide HIV testing services directly inside the prison. This peer-to-peer approach was a real success and had a remarkable impact on the team’s results.

You can read more about the team’s results here. But the heart of those results is people—the project staff, the health workers and officials we partner with, and the clients we serve to help end the HIV epidemic in Zambia and build a healthier future for all.

IntraHealth’s Improving and Expanding Access to and Uptake of HIV Testing and Counseling (HTC) Project was funded by the US Centers for Disease Control and Prevention.