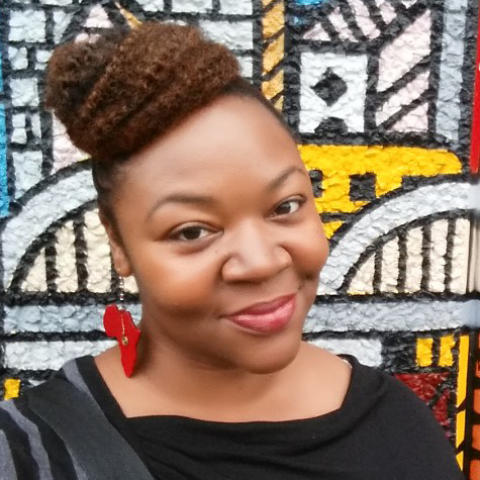 Chuck Slaughter might be the founder of Living Goods—one of the most innovative health delivery organizations in the world—but when he started out, he was a struggling serial entrepreneur.

A graduate of Yale University with a degree in architecture, Slaughter initially opened a bike repair shop, but business didn’t take off. Next, he started a company to produce documentary films about social issues, but the venture failed. Then, while flipping through The New York Times one day, Slaughter read a story about Trickle Up, a micro-financing organization that connects donors to small-business owners around the globe.

Inspired by the company’s mission, he called and asked for a job.

Trickle Up said yes, an answer that took him to India, Nepal, and Indonesia as its program officer. The experiences provided him with a crash course in how micro-businesses operate and introduced him to the world of social entrepreneurship.

“Life is not a straight line,” Slaughter, 52, says of his early days. “I’m always amazed by what we end up doing that we never planned.”

It would take one more detour for him to end up where he did. His travels inspired him to launch TravelSmith, a direct-mail catalog for travelers. Slaughter helped the company bring in revenues of more than $100 million before selling it to take on more meaningful projects.

When a friend told him about a struggling chain of drugstores in Kenya, Slaughter joined the board and volunteered his skills to help turn the business around. He knew the model was broken: It relied on sick people coming into stores, and the chain didn’t serve rural areas. After learning that beauty giant Avon had started in rural America, Slaughter ordered a kit from the company and became a self-described “Avon lady” in the hopes of learning how the brand’s door-to-door approach could be applied to the health-care sector.

The idea took off, and Living Goods launched in Uganda in 2007.

Today, the organization operates with an Avon-like approach to delivering health care, training local entrepreneurs to go door-to-door to teach families how to improve their health while selling treatments for malaria and diarrhea and products such as water filters and solar lights.

It has expanded to Kenya, Zambia, and Myanmar and has cut childhood mortality by 25 percent, according to a randomized study by the Children’s Investment Fund Foundation that surveyed more than 8,000 families in 200 villages. Moreover, researchers found that drug prices were 17 percent lower in areas where Living Goods agents operated, and counterfeit drugs were 50 percent less common than in regions without the health promoters.

For his innovative approach, Slaughter has been named one of six winners of the Skoll Foundation’s prestigious 2016 Skoll Award for Social Entrepreneurship, which was announced today and comes with a $1.25 million investment in each awardee’s organization.

“Part of my DNA is that I’m a bit obsessive-compulsive about making the most with few resources,” Slaughter says, “whether that’s designing a space, a catalog, or designing a health-care delivery system that can save the most lives with the least investment of money.

”The net cost to society is less than $2 a year per capita. To put that in context, the U.S. spends $9,000 a year per capita for health care, Slaughter says. “What we have here is a model that can take a big bite out of the mortality rate for the most vulnerable population.

”While the bulk of Living Goods’ funding comes from backers who are willing to give “undesignated funding commitments of $100,000 and up,” the Skoll Foundation’s investment will help the organization dramatically ramp up its efforts. Also, Slaughter says, the Skoll Forum’s recognition of him as a top social entrepreneur will give Living Goods the ability to reach more people.

“It’s an inspiring community of change makers,” he says. “Our focus is change on a large scale, and to be successful at that, you have to be a great influencer, which means mastering communication. Those are the core strengths of Skoll—telling stories, disseminating stories, connecting stories. That’s kind of the special sauce Skoll brings to its awardees to help them magnify their message.”

Visit the Living Goods website to learn more about the organization and support its work. This article originally appeared on TakePart as part of TakePart’s series highlighting the six winners of the Skoll Foundation’s Skoll Award for Social Entrepreneurship, announced ahead of the Skoll World Forum, which took place April 13–15. The award distinguishes leaders who are committed to driving large-scale change; each of the awardees’ organizations receives a $1.25 million investment to scale its work and increase its impact. Jeff Skoll is the founder and chairman of the Skoll Foundation and the founder of Participant Media, the parent company of TakePart.