Availability: Keeping Contraceptives on the Shelves in Senegal 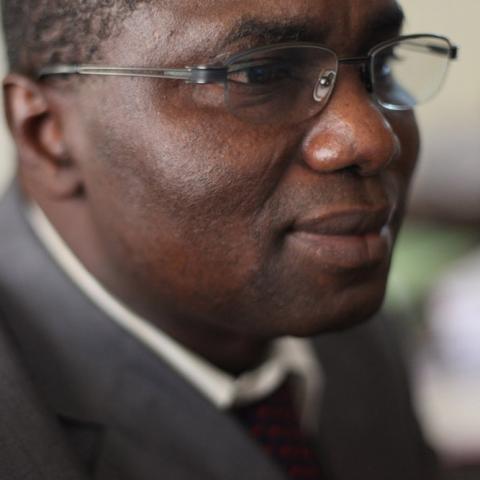 A 2011 public health survey in Senegal revealed a startling discrepancy: 43% of married Senegalese women told researchers that they wanted to avoid or postpone pregnancy. Yet only 12% of women were actually using contraception.

Why the gap?The government of Senegal suspected that part of the problem was that contraceptives weren’t consistently available at local health facilities. If pills, injectables, and other commodities are chronically out of stock, it can be difficult for women to find and stick with a method that works.

Interviews with women confirmed that stockouts were a major problem.

The principle of availability—of supplies, services, and information—is one of the key components of rights-based reproductive health care. Family Planning 2020’s Rights & Empowerment Principles for Family Planning defines it this way:Availability: Health care facilities, trained providers and contraceptive methods are available to ensure that individuals can exercise full choice from a full range of contraceptive methods (barrier, short-acting, long-acting reversible, permanent and emergency contraception). Availability of services includes follow-up and removal services for implants and IUDs.

In Senegal, the government launched a study of the supply chain to understand where and why contraceptive commodities were going out of stock. An audit of health facilities in the Dakar region indicated the magnitude of the problem: on average, local facilities were stocked out of contraceptive pills and injectables on about half of their operating days. The situation with contraceptive implants was even worse, with facilities stocked out more than 80% of the time.

Interviews with women confirmed that these stockouts were a major problem. Four out of five contraceptive users reported that they had experienced a stockout of their preferred method in the past year, forcing them to either switch to a less-preferred method, stop using contraception altogether, or try to find supplies in the private market—sometimes at exorbitant cost. The supply chain study also revealed something crucial: that at least 60% of the local stockouts were happening despite stock availability at the national level. It became clear that an inefficient distribution system was to blame.

Enter the Informed Push Model of distribution for medical supplies. Informed Push is based on the same kind of system that is used in the commercial sector for vending machines. Instead of health facilities having to keep track of their inventory and call in orders, a driver with a truck full of supplies visits each facility on a regular route, topping up the stock as needed. The data collected by the drivers enables health officials to understand the flow of commodities, and allows planners to ensure there is sufficient stock at the warehouse to meet demand.

Use of contraceptive implants rose by 2,081% in one year.

In partnership with IntraHealth International, the government of Senegal and the Senegal Urban Reproductive Health Initiative (URHI) developed an Informed Push Model for contraceptive supplies, and pilot-tested it in the Pikine district between February and July 2012. The results were dramatic. Stockouts of contraceptive pills, injectables, implants and IUDs were completely eliminated in all of Pikine’s 14 public health facilities over the six months of the pilot. The government then expanded the program to the entire Dakar region, and within six months the stockout rate throughout the region had dropped to less than 2%.

These effects led directly to an increase in contraceptive use. After one full year of Informed Push in the Pikine district, combined with demand creation interventions and service delivery improvements, the percentage of women using modern contraceptive methods (mCPR) rose by an estimated 11 points—an unprecedented rate of growth. The method mix in Pikine also evolved during this period, with women taking advantage of the newly available choices on offer. Use of contraceptive implants rose by 2,081% in one year. With support from key partners, the government of Senegal is now expanding the Informed Push Model to all the districts in the country. By delivering supplies at the right place and right time, it will ensure that the contraceptive methods women prefer are available to all who want them.

This post originally appeared on FP2020. It's the second in a series of articles from FP2020 partners illustrating how human rights principles shape their reproductive health programs.

Family Planning 2020 (FP2020) is a global partnership that supports the rights of women and girls to decide, freely and for themselves, whether, when, and how many children they want to have. This blog is part of a series profiling the work of FP2020 partners around the world as they realize the human rights principles integral to family planning programs. As the world pivots towards a new set of Global Goals, and the international family planning community gathers steam ahead of theI nternational Conference on Family Planning in Nusa Dua, Indonesia, this November, FP2020 and its partners celebrate and cement the centrality of rights and empowerment in all the work that we do. Continue to follow the conversation on Twitter using #FP2020Progress and #ICFP2015.

RT @devex: Join this event on Sept. 24 and learn how investments in the frontline health workforce can manage populations’ hea… https://t.co/z8ZsoRcR5b