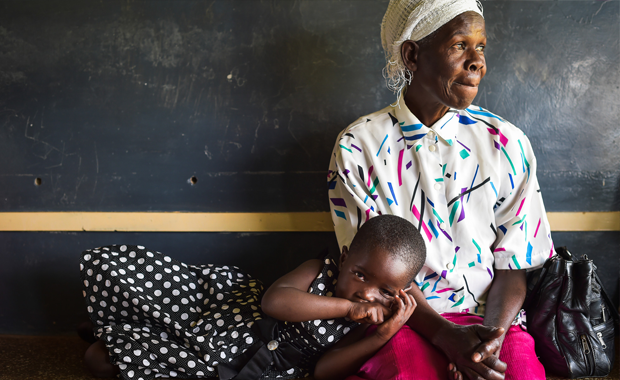 A young child lies on a waiting bench while she waits to be seen by a clinical officer at a rural health facility near the town of Kakamega, Kenya. (Credit: Tobin Jones for IntraHealth International.)

This year, our annual list from IntraHealth International is filled with abundant uncertainty, and a cautious hope for progress.

In 2017 new developments, new leaders, and new threats promise to tug the reins of global health organizations and send us off in unexpected directions. In fact, we’re already feeling the road change beneath us.

This year, IntraHealth International’s annual list of global health issues to watch is filled with abundant uncertainty, and cautious hope for progress. These aren’t the only issues on our minds, of course—global migration, the refugee crisis, and climate change happening now, for example, will likely affect global health for decades or even centuries to come.

Here are some of the big developments we’ll be watching and responding to in 2017:

Last summer, a Nevada woman went to the hospital with a bacterial infection. She’d picked it up during a visit to India, where she had broken her thigh and was in and out of care. In Nevada, the hospital gave her antibiotics—it didn’t stop the infection. The doctors tried another kind of antibiotics. That didn’t work either.

In the end, researchers found that the bacteria attacking the woman couldn’t be stopped by any of the 26 antibiotics available today. The U.S. Centers for Disease Control and Prevention refers to the woman’s infection as carbapenem-resistant Enterobacteriaceae—another name for it is a superbug.

The threat of bacteria that are immune to our entire arsenal of medicines has been looming for years, and it is now a reality – superbugs kill some 700,000 people per year. At the U.N. General Assembly last September, world leaders agreed on some steps to stop superbugs from spreading. In 2017, they’ll have a chance to put their commitments into action.

If progress and fatigue had a baby, its name would be complacency.

Great strides in HIV treatment and management over the past decade, along with successes in reducing the stigma against people who live with the virus, have had some troubling side effects...

Read the rest at Humanosphere.