5 Women Who Make It Happen for Global Health

As International Women’s Day 2015 approaches, let’s take a few moments to honor some of the many women who are making it happen for global health.

Whether it’s online or on the ground, out of sight or in the international spotlight, they’re blazing new and better trails for global health and development. And we’re grateful to them for it:

If Dr. Ameyo Adadevoh had let Patrick Sawyer walk out of her Nigerian clinic as he wanted, Africa’s most populous country could have suffered a wide-scale outbreak of Ebola. But she recognized the risks, and her team refused to let him leave.“All I remember her saying at the time—this was just her nature, never about herself—was…that he seemed scared, the patient,” said Bankole Cardoso, Dr. Adadevoh’s son, in an interview with NPR. “And so she was praying for him and telling him everything will be fine.”

Sawyer died of the virus. And soon after, so did Dr. Adadevoh. She became one of the almost 500 health workers to die of Ebola during the ongoing outbreak in West Africa. But her quick thinking and selfless care may have prevented millions of new infections in Nigeria and beyond.

Related: Bankole Cardoso at SwitchPoint 2015 and A Son Is Lost without His Mother. So Is a Country.

Girls and women in low-income countries miss up to 50 days of school or work per year because of their menstrual periods and a widespread lack of adequate hygiene products. Nadia Hitimana, a health and hygiene manager at Sustainable Health Enterprises, works to create sustainable solutions to the menstrual challenges Rwandan women face at school and at work—challenges that could affect their futures.

President Obama and Queen Elizabeth II have both recognized Hitimana’s good work by naming her a Young African Leader and one of the Queen’s Young Leaders, respectively.

In 2010, Jennifer James had an epiphany.

“Global issues about poverty and education, world hunger and sex trafficking…don’t need to be solved by me,” she wrote. “Rather, they can be solved when intelligent, conscious people bring ideas and solutions to the table and then people like me (bloggers) move those ideas and solutions through the Net. That is where the power of change really happens.”

The result is Mom Bloggers for Social Good, a global coalition of over 2,000 bloggers from 20 countries who spread the word about the good work of nonprofits and NGOs around the world. Collectively, the coalition shines a spotlight on issues in global health and development that matter.

Related: Traveling to Tanzania With PSI, IntraHealth International, and Mandy Moore and Looking at Voluntary Medical Male Circumcision in the Field

Liberia has made huge strides in combatting Ebola within its borders, largely thanks to the leadership of the first woman ever to be elected head of state in an African country: President Ellen Johnson Sirleaf.“Because of the extraordinary courage of health workers, community leaders, and President Sirleaf and her administration,” said President Obama last week, “what could have been an even more devastating crisis has been brought under control.”

Thirteen of Liberia’s 15 counties have reported no new Ebola cases in more than 21 days, a vast improvement over the national epidemic of six months ago.

Related: Liberia’s President Urges US to Continue Ebola Aid and Pape Gaye Addresses US Senate Committee on the International Response to the Ebola Epidemic

Louise Winstanly, chair of the board at IntraHealth International

“The birth of a child should be an extremely joyous, happy occasion,” says Louise Winstanly. “But in cases of fistula, not only has the woman suffered a prolonged, excruciating labor, she has also most likely given birth to a stillborn child. So she’s dealing with both the emotional trauma of losing a child and the physical trauma of the birth. And the lingering health effects are devastating.”

Obstetric fistula is highly preventable and treatable. But over 2 million women worldwide live with the childbirth injury and its life-altering effects because they don’t have access to the care they need.

Louise Winstanly, chair of the board of directors at IntraHealth International, is committed to changing that. Through the Clinton Global Initiative, she and IntraHealth are bringing a new, holistic approach to fistula care in Mali, including not only surgical repairs for more women, but also mental health support, psychosocial assistance, and more.

Related: New Partnership Will Bring Holistic Fistula Care to the Women of Mali and IntraHealth’s 2014 Clinton Global Initiative CommitmentAll around the world, International Women's Day represents an opportunity to celebrate the achievements of women while calling for greater equality. Join the conversation by commenting below or on Twitter or Facebook. #MakeItHappen. 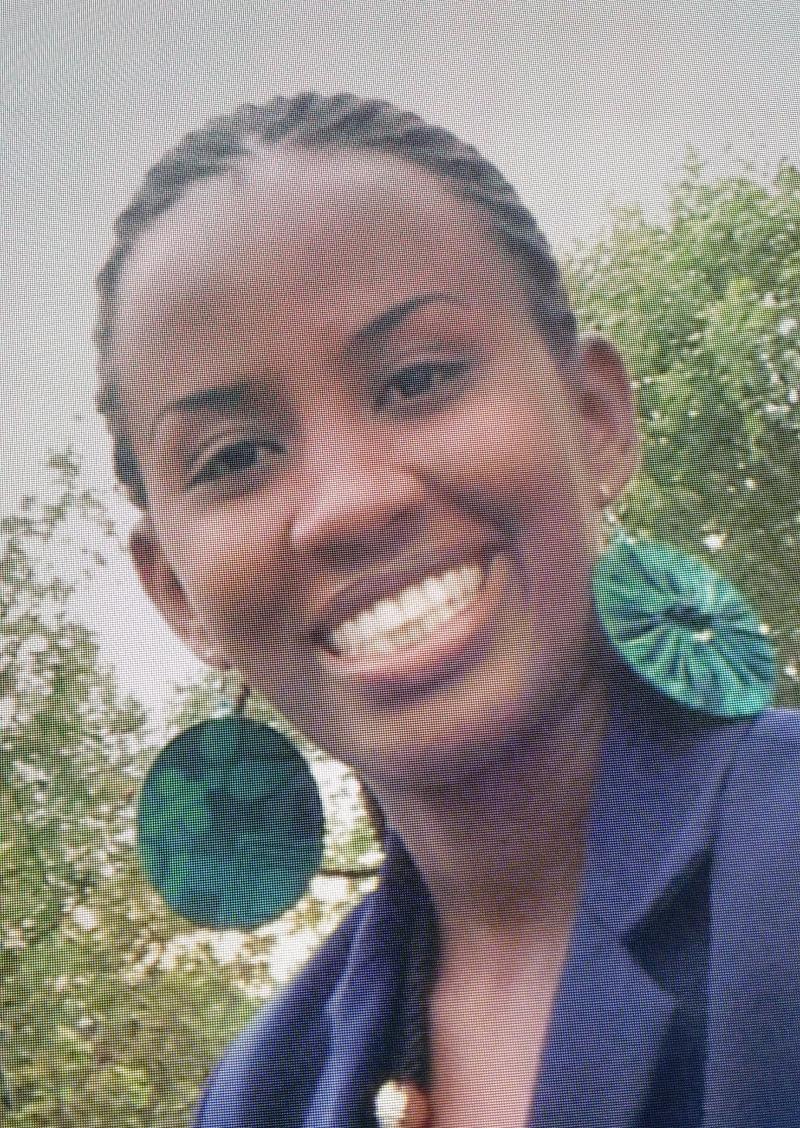 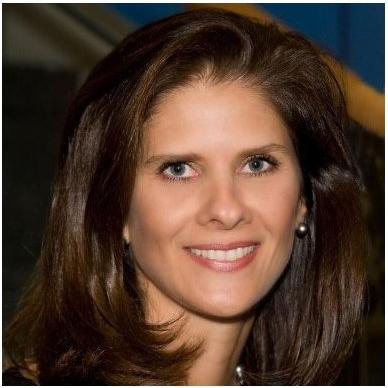 Louise Winstanly and IntraHealth International are committed to bringing a new, holistic approach to fistula care in Mali, including not only surgical repairs for more women, but mental health support, psychosocial assistance, and more. Photo courtesy of Louise Winstanly. 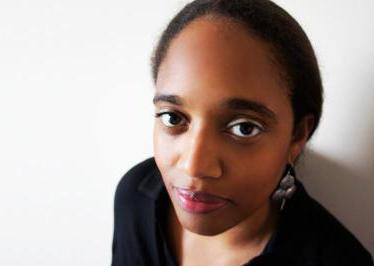 Jennifer James is founder of Mom Bloggers for Social Good, a global coalition of over 2,000 bloggers from 20 countries who spread the word about good work by nonprofits and NGOs around the world. Photo courtesy of Jennifer James. 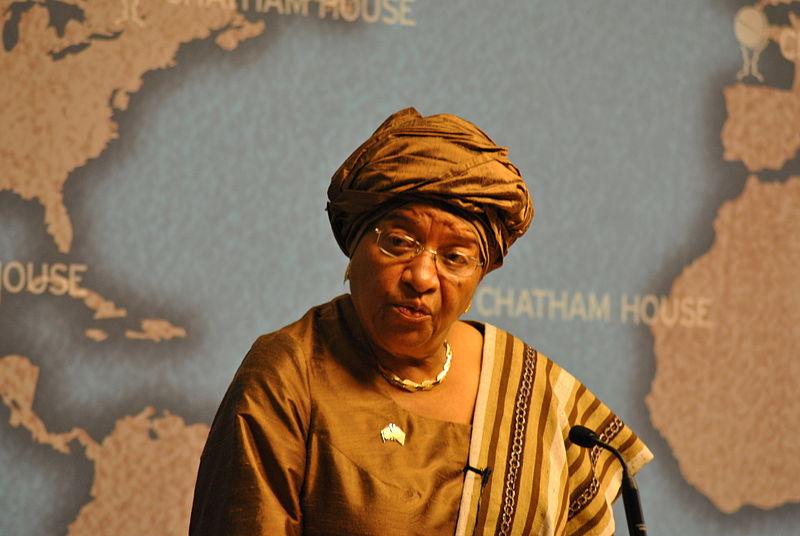 Liberia has made huge strides in combatting Ebola within its borders, largely thanks to the leadership of the first woman ever to be elected head of state in an African country: President Ellen Johnson Sirleaf. (By Chatham House (HE Ellen Johnson Sirleaf Uploaded by russavia) [CC BY 2.0 (http://creativecommons.org/licenses/by/2.0)], via Wikimedia Commons.)

We must be realistic about the cost of vaccine delivery and must properly invest in strengthening health systems ar… https://t.co/VkQVXj8QL9