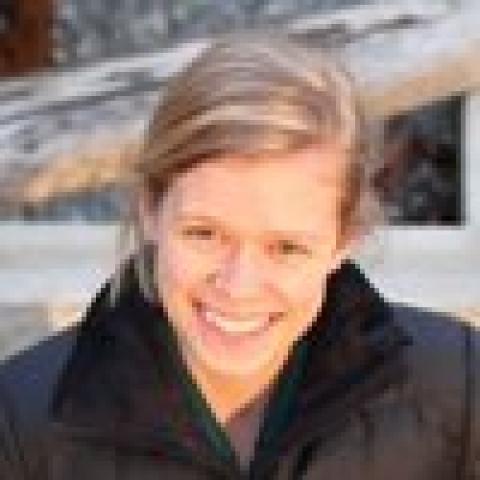 Marketing is all about understanding your customer–-their hopes and fears, expectations of your product, and more. But what happens when the customer needs the approval or money from someone else in order to access a product? In many countries, a leading reason for not using contraception is the opposition of one’s partner. That is why, even though most contraceptive methods are designed for women and girls, many PSI marketing campaigns seek to earn male partners’ social and financial support for voluntary contraceptive use by either partner.

How do we do it? The process for designing, executing, and evaluating programs is complex, but three of the key steps include:

1. Understand the situation: Which men oppose contraception and why? How did some men come to support it?The world’s most populous French-speaking country, the Democratic Republic of Congo (DRC), has one of the world’s lowest rates of modern contraceptive use: 8% among all women of reproductive age. More than a quarter (28%) of married women want to avoid pregnancy for at least two years, but are not using contraception. In the DRC, the majority of men and women say male partners are the primary decision makers when it comes to women’s health (DHS, 2014).In Kinshasa, DRC, the Association de Santé Familale (ASF)/PSI used focus group discussions and interviews to examine the gender dynamics of contraceptive decision-making and the attitudes of married men and women toward contraceptives. The top reasons why some men opposed contraceptive use included rumors about health effects, real side effects, and beliefs that contraception is against the will of God.

Many men went further to assert that if women use contraception, you “won’t be able to control them” and they will “prostitute themselves.” These men require their wives to ask their permission before leaving the house. One argued, “The woman is like the oldest of your children. From her birth until her death, she must be managed.” Controlling women is easier when a quick succession of pregnancies and small children limits their movements and opportunities.

In contrast, men who support contraceptive use tended to share household decision-making more equally with their wives. These men made contraceptive decisions through dialogue with their partners and saw their support as a “sign of love.” They described how they care about their partners’ studies and opportunities, with one remarking, “She is a human in her own right.”

In collaboration with IntraHealth International, ASF/PSI used these study results to design a campaign promoting couple communication about family planning. The campaign will begin in DRC later in 2015.

2. Tailor marketing to your audience: Use messengers trusted by your audience to convey appealing messages with a specific call to action.

In Senegal, the Ministry of Health and Social Action and a coalition of technical partners, led by ADEMAS (with technical assistance from PSI), UNFPA, and IntraHealth International, launched Senegal’s first-ever national family planning communication campaign addressing men as a primary target audience in 2013. Socio-demographic data was used to develop an archetype, “Moussa,” representing the target audience of low-income men who live in peri-urban and rural areas. Men like Moussa are characterized by an attachment to traditional and religious values as well as concern for the well-being of their family.

The campaign slogan addressing Moussa is “Moytou Nef,” a traditional saying that means “avoid closely spaced births.” Messages for men followed this slogan with a call to action: “Birth spacing. I talk about it with my wife and give her my support.” Among the messengers and influencers depicted in the campaign were supportive Muslim religious leaders. In a mid-term evaluation, one man reported, “the image of the couple who visits the imam for advice really stood out and I still remember it.” A woman explained, “the involvement of the imam gave FP [family planning] a positive image that reassured and won over my husband for the adoption of FP.”

Nationally, modern contraceptive use in Senegal rose dramatically from 16% to 20% from 2013 to 2014 (DHS 2012-2013, DHS 2014). A number of efforts likely contributed to the rise, including improvements in access to contraceptives. The male engagement campaign appears to have made a contribution as well: a survey of 1800 men showed that more than 68% initiated a discussion with their partner about family planning and more than 12% reported that their partner now practices family planning as a result of the campaign.

Read more about this story here.

Family planning marketing campaigns can also nudge social norms toward gender equality, including joint decision-making by couples and the economic empowerment of women. Infusing such campaigns with gender equality messages is critical to ensure that men do not come away thinking they should force their partners to use contraception. Furthermore, even if many parents do not talk with their children about contraception, modeling joint household decision-making can change the way an entire generation thinks about how men and women should behave and treat each other. PSI’s goals are not only for more male partners to support voluntary contraceptive use, but also for women and girls to have the agency and access to decide whether to use a contraceptive method even if a partner disagrees.

In Madagascar, where 29% of married women use modern contraception (DHS 2008-2009), a household survey by PSI found that, among young women (age 15-24), a significant determinant of FP use was social support from friends or male partners. One of PSI’s partners on the Integrated Social Marketing Project, IntraHealth International, conducted a qualitative study to further understand gender-based barriers to family planning use.

PSI and IntraHealth then adapted and implemented IntraHealth’s Healthy Images of Manhood (HIM) approach to engage young men in Madagascar in supporting contraceptive use. Peer educators worked with male and female youth to reflect upon the effects of rigid gender norms on health, as well as the value of contraception, through debates and games. One 23-year-old young man who participated said, “When the PSI peer educators invited me to attend the session, I laughed and told them that I can’t be pregnant. But after the session I realized that my future is also at stake, and that if I really care about my partner, I should help her to realize her dream too.” Since the campaign began in 2014, more than 13,844 young men have approached PSI-affiliated clinics for contraceptive counseling, often with their partners (compared to 9,281 in 2013 over the same length of time).

These three steps are just the beginning to winning men’s support to family planning, but critical if development agencies really want to engage communities in culturally relevant ways. Stay tuned for additional tips from PSI thought leaders on how to engage male partners and other key influencers in women’s and family health matters.

Acknowledgements go to USAID, which funded the work in DRC, Senegal, and Madagascar presented in this post.