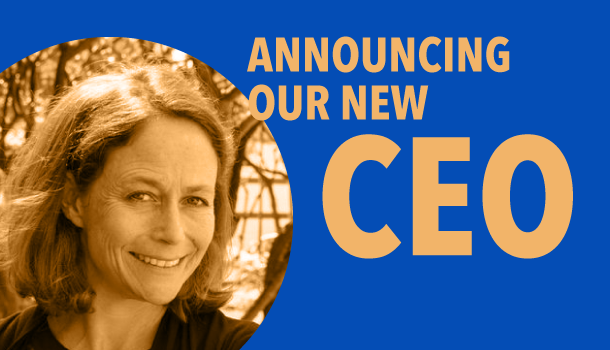 Today, IntraHealth International’s board of directors announced Polly Dunford will be IntraHealth’s next president and CEO. She will assume the role on March 16.

Dunford is joining IntraHealth after nearly 20 years of service with the US Agency for International Development (USAID) in Cambodia, Haiti, Jordan, Mozambique, Nigeria and Washington, D.C., most recently as the global director for HIV/AIDS. In this role, she led the agency’s efforts to help countries achieve and sustain epidemic control of HIV/AIDS under the President’s Emergency Plan for AIDS Relief (PEPFAR). This included overseeing a $2.5 billion annual budget, leading a team of 160 staff, and providing guidance and direction to 50 USAID missions worldwide.

“I’m delighted to welcome Polly,” says Jean Gilson, cochair of the board. “She brings to our team a fantastic mix of international and US government experience, global health technical and leadership expertise, a proven record of getting results, and a commitment to health equity. She is a visionary and pragmatic leader. I can’t think of a better person to lead IntraHealth’s next chapter.”

She is a visionary and pragmatic leader.

Dunford has managed large, diverse portfolios targeting HIV/AIDS, tuberculosis, malaria, maternal and child health, reproductive health, and nutrition. She helped launch PEPFAR in Haiti and led the rapid scale-up of PEPFAR in Nigeria and Mozambique. She also oversaw the development of the Global Health Initiative strategy in Mozambique, including the President’s Malaria Initiative and Feed the Future.

Before joining USAID, Dunford served as the country director of the Near East Foundation in Morocco and was a Peace Corps volunteer in Côte d’Ivoire. A native of New York City, Dunford earned a master’s degree in public health from Tulane University and a bachelor’s degree from Northwestern University.

“I’m excited and honored to join IntraHealth,” Dunford says. “I admire the organization’s focus on health workers as the drivers of health care and its reputation for partnering with host country governments and local organizations for greater, long-lasting impact. I am excited to have the opportunity to further enhance the IntraHealth model of driving strategic intersections with emerging technologies, health information systems, and robust analytics to target our response to emerging development and health challenges.“

I admire the organization’s focus on health workers as the drivers of health care and its reputation for partnering with host country governments and local organizations for greater, long-lasting impact.

Dunford will succeed outgoing president and CEO Pape Gaye, who has been at the helm since 2004. Early in 2019, Gaye announced his decision to step down, and the board undertook a global search for his replacement. Under Gaye’s leadership, the organization has improved health care and systems in over 80 countries and grown its revenue from $20 million to over $100 million. On March 16, Gaye will assume the role of president emeritus and continue to contribute to the organization with a special focus on the organization’s work in his native West Africa.

“We are deeply grateful for Pape’s service and his long and rich legacy at IntraHealth,” says Helle Weeke, cochair of the board. “His dedication to and advocacy for global health and local health workers have influenced the development agenda, led to profound impact in the countries where IntraHealth works, fostered partnerships, and built a strong foundation for IntraHealth’s future.”