After Years of Pain and Stigma, a Different Kind of Life 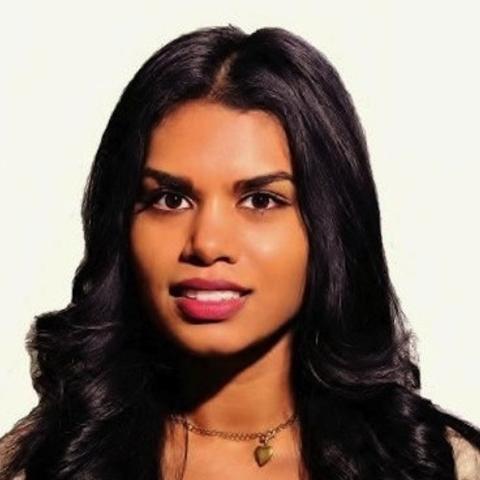 Today Nassarata Bamba is 28 years old. And while she’s never attended school, she once had a very normal life in her community in Koutiala, Mali. She worked on her family’s farm, collected and sold wood, and took part in various local women’s groups. But everything changed for her when she was 19 and pregnant with her third child.

Nassarata and her husband, whom she had married when she was 15, were having trouble. Eventually things came to a head and she moved back in with her parents. “After I left,” she says, “he yelled at me and said I would not be able to have a child if I did not come back to live with him.”

Nassarata spent 36 difficult hours in labor before learning that her baby was stillborn. And soon after, heartbroken and ashamed, she discovered that she was leaking urine. Her husband’s words haunted her.

When the community found out about her condition, they all started talking about her. “Everyone was pointing at me,” she says. During an argument, her mother-in-law told her she smelled bad and would never find another husband. Perhaps God was punishing her, Nassarata thought. The husband she had left agreed.

But the leaking wasn’t a punishment. It was a symptom of obstetric fistula, a dangerous potential side effect of obstructed, prolonged labor like the one she had just endured.

When a labor goes on for 24 hours or longer, the tissues between the baby’s head and the mother’s pelvis can become compressed, cutting off blood flow to her bladder and rectum. Within three to 10 days, the tissue sometimes dies and creates an opening—called a fistula—between the vagina and bladder and/or rectum. The result can be chronic incontinence, and sometimes even severe nerve damage.

For almost a decade, Nassarata continued to suffer, her fistula untreated. “I thought I would never heal from this condition,” she says.

Giving birth is Mali is a dangerous business. Skilled health workers are scarce, particularly in the vast northern region. Most women give birth without the help of midwives or other health workers. And even those who deliver in facilities don’t always have access to specialists when things go wrong.

More than 2 million women worldwide are now suffering from obstetric fistula, and up to 100,000 new cases occur every year. Misconceptions about the condition abound—that it’s caused by adultery, for example. But the myths don’t just exist within the public. Many health workers in Mali and elsewhere are still under the impression that fistula is not treatable and don’t know that in up to 90% of cases, it’s even curable.

“Everyone knows that giving birth is dangerous,” says Professor Kalilou Ouattara. “Women can die giving birth, and they can also develop an obstetric fistula. It’s not a personal curse—there are actual objective causes.”

When IntraHealth International first began working to strengthen fistula care services in Mali, Professor Ouattara was the only surgeon in the country who knew how to treat complicated cases of obstetric fistula. He’s performed thousands of repair surgeries during his 30-plus years as head of urology at the Point G University Hospital Center.

“Fistula is not an illness,” he says. “It is a careless neglect. It is a failure to help someone who’s in danger.”

Hands down, though, one of the best ways to prevent obstetric fistula is through family planning. Young women who delay their first pregnancies until adulthood and women who allow themselves time to heal between births are at much lower risk.

Through the Fistula Care Project, IntraHealth worked with Mali’s Ministry of Health and other local partners to introduce and strengthen fistula services in seven treatment sites in the country. The project established surgical repair services, infection prevention, and fistula counseling in three regional hospitals, and created a fistula diagnosis guide that now hangs on hospital walls.

To reach women like Nassarata, the project held fistula repair campaigns, calling for women with certain symptoms to come to the hospitals for diagnosis and surgery, free of charge. Professor Ouattara trained 18 other surgeons to perform the repairs, mentoring them as they worked and demonstrating various techniques.

“The day I’m no longer here,” he says, “I want them to be capable of treating it.”

Over the course of five years, the project performed 460 repair surgeries, 69% of which were successful. And by the time the project ended in 2013, the number of women who came for fistula care and left the hospital with some kind of family planning method had soared—for instance, at the hospital in Gao that number climbed from 12% to 69%.

While many women in Nassarata’s condition are outcast completely from their communities, her family always stayed by her side. She even remarried a few years after her fistula formed. Still, she missed going to weddings and baptisms and other social occasions with her neighbors. Life had gone on this way for almost 10 years when her sister heard a radio broadcast about free care for women with Nassarata’s symptoms.

“I told my husband about it right away,” Nassarata says. They decided to go to Sikasso and see for themselves. What they found was a different life. The surgery was a success, and now she’s planning for her future.

“My family was very happy that I healed and that I came back home,” she says. “My goal now is to start my own business.”

Today Nassarata encourages women to go to health facilities regularly for care and to give birth there so they can avoid obstetric fistula. She’s grateful to her husband, her family, and to the health workers who helped her.

“In the future, I would like to have a baby,” she says, “and introduce my child to the campaign team.”

Read more stories like Nassarata’s in the project report, Voices from the Mali Fistula Care Project (available in English and French).

The Fistula Care Project ended July 31, 2013. It was led by EngenderHealth and funded by the US Agency for International Development. IntraHealth International led the project’s efforts in Mali. 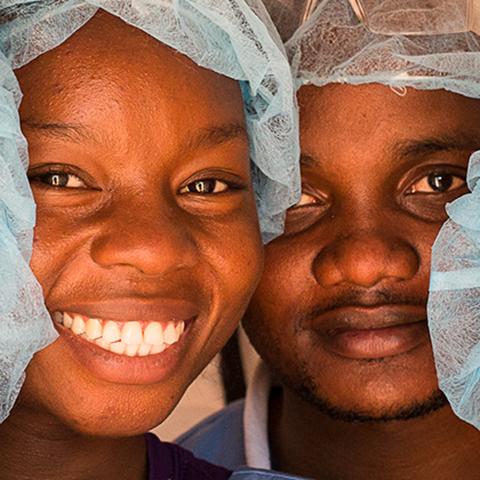 "In a pandemic, an outbreak anywhere can be an outbreak everywhere. We are in this together and we rise and fall to… https://t.co/AoFJ8cDiSJ