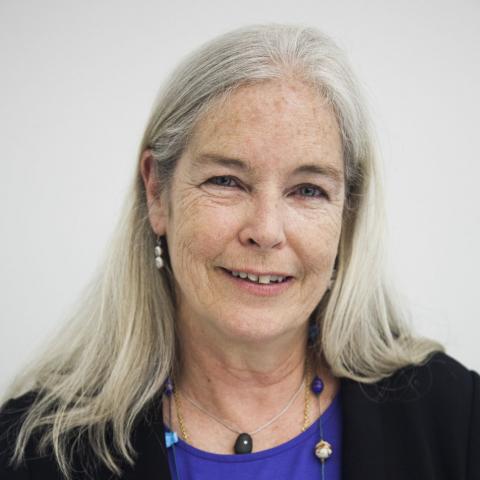 Michele Moloney-Kitts has been a leader in international public health for over thirty years. She most recently served as the first executive director of Together for Girls, a private-public partnership dedicated to ending violence against children, with a focus on adolescent girls.

Under Moloney-Kitts's direction, the partnership grew from a nascent concept to an entity that includes government, multilateral, and private-sector partners, is now active in over 23 countries across the globe, and is widely recognized as a leader in the space of violence prevention and response. In this capacity, Moloney-Kitts also served as a Senior Advisor to the Executive Director of UNAIDS.

A career foreign service officer for USAID, Moloney-Kitts served as the Assistant Global AIDS Coordinator for the U.S. President's Emergency Plan for AIDS Relief (PEPFAR) and was responsible for oversight of field program implementation and multilateral relations. In this capacity, she actively engaged with the Board of the Global Fund for AIDS, Tuberculosis and Malaria, and served as the Chair of the Portfolio and Implementation Committee. Other USAID assignments included long-term postings in Morocco, Cambodia, South Africa, and Washington, DC.

Moloney-Kitts began her career as a nurse practitioner and a nurse midwife, with a particular focus on underserved populations, especially adolescents. She also served on the faculty of Hahnemann University School of Medicine in Philadelphia. She is now an independent consultant,serves on the board of directors of the Together for Girls partnership, and engages with the Technical Review Panel of the Global Fund for AIDS, TB and Malaria, where her term as the vice chair recently ended.