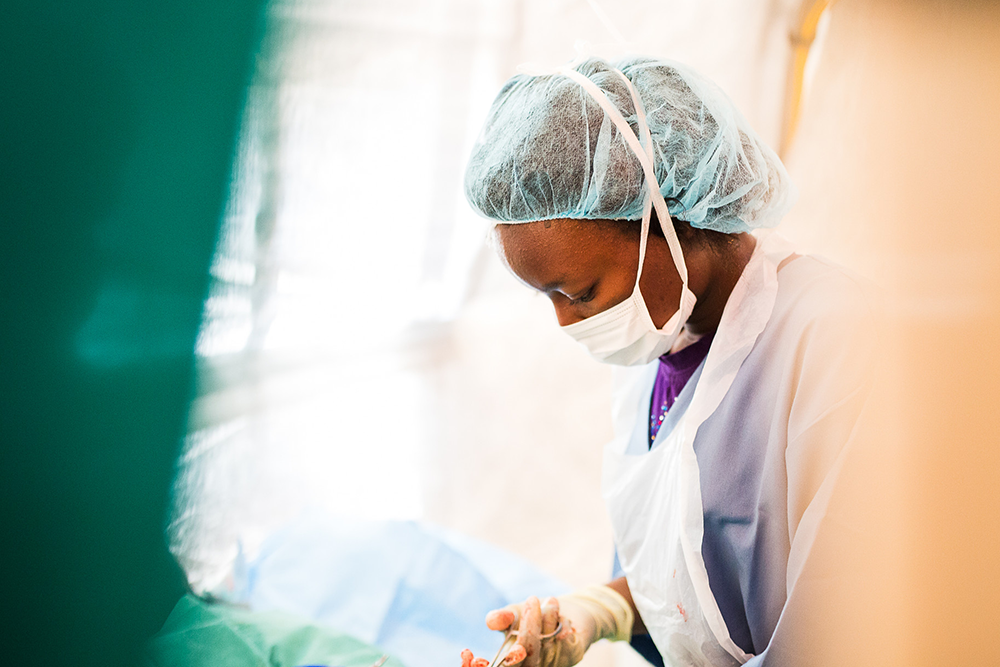 In Tanzania, 225,093 men and boys have lowered their risk of contracting HIV after seeking out voluntary medical male circumcision (VMMC) services, provided by IntraHealth International’s Tohara Plus project in its first year.

Expanding access to VMMC services—which can reduce a man’s risk of acquiring HIV through heterosexual intercourse by 60% or more—is one of Tanzania’s key HIV-prevention strategies. The 2015-2016 male circumcision rate nationally was 80%, and regional estimates ranged from 34%-99%.

“VMMC services not only help prevent the spread of HIV, but also provide an opportunity to reach boys and men with critical health information and additional sexual health services,” says Lucy Mphuru, IntraHealth’s country director in Tanzania. “Since IntraHealth began expanding access to these services in 2011, we’ve helped the ministry reach more than 800,000 boys and men, including those we reached in the first year of Tohara Plus.”

Through the project, IntraHealth and our partner, the Tanzania Youth Alliance, are working with the Ministry of Health, Community Development, Gender, Elderly, and Children/National AIDS Control Program, the President’s office regional administration, and local government officials to strengthen and scale-up a comprehensive package of high-quality, safe VMMC services for adolescents and men 10‐29 years old. The goal is to reach 80% of men in targeted districts where coverage is currently lowest by 2020, and to sustain high coverage where VMMC rates already exceed 80%. The project is funded through PEPFAR by the US Centers for Disease Control and Prevention (CDC).

Additional results from the project’s first year include:

The project achieved all of these results with a $7.1 million budget by scaling up VMMC services in 16 districts in four Lake Zone regions. This included providing services at 32 static and 56 lower-level health facility outreach sites.

The outreach campaigns use what’s called a parent-child model, where services are initially offered at a larger parent site, and as soon as the client load falls below 40 per day, the outreach team splits off to serve at another nearby smaller facility (or child site).

Some of the project’s successful approaches include:

Tohara Plus provided about one third of all PEPFAR-funded VMMCs in Tanzania for fiscal year 2017. The project is now working to scale up services to 28 districts in five regions and to reach 334,235 additional clients—or 40% of PEPFAR’s 2017-2018 total target of 866,552—with VMMC and other HIV services in its second year.

Improving Access to Water, Sanitation, and Hygiene Leads to Healthier Communities in Tajikistan

2020 may have been overtaken by #COVID19, but it's still the International Year of the Nurse and the Midwife. We k… https://t.co/FBbmGKofmL