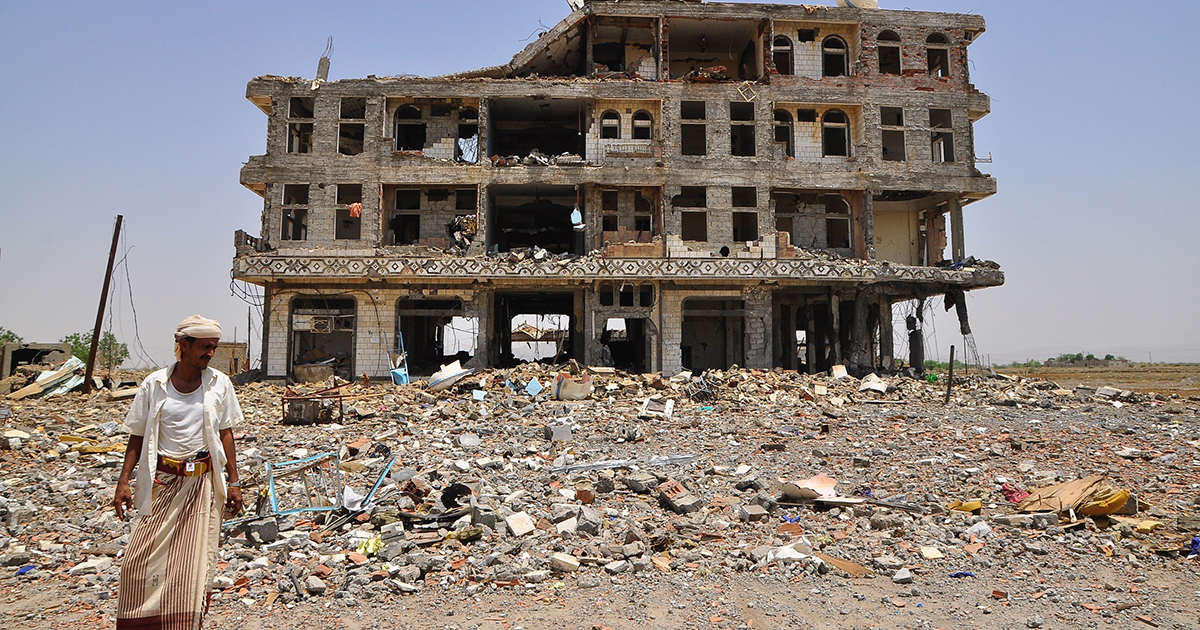 The conflict in Yemen has led to the near total collapse of the country's health system, severely limiting access to health care for Yemenis. © 2017 Watchlist on Children and Armed Conflict

The extent and intensity of violence against health workers globally remained alarmingly high in 2016, the Safeguarding Health in Conflict Coalition said in a new report today. The report also finds that accountability for committing these attacks remains inadequate or non-existent.

The report, entitled Impunity Must End, documents attacks on health care in 23 countries. Its release today falls on the first anniversary of the UN Security Council’s adoption of Resolution 2286 that set out a roadmap to the protection of health in conflict.

“Our findings cry out for a level of commitment and follow-through by the international community that has been absent.” -Leonard Rubenstein, chair of the Safeguarding Health in Conflict Coalition

The report calls on the Security Council and countries to take concrete steps toward preventing attacks and ending impunity, as recommended last year by the UN Secretary General. These steps include regular reporting by countries to the UN on actions taken to prevent attacks, investigating those that occur and holding perpetrators accountable. Where member states fail to act, the Secretary urged, the Security Council should initiate thorough investigations and establish accountability procedures.

The Security Council and states have failed to take these actions.

“Our findings cry out for a level of commitment and follow-through by the international community and individual governments that has been absent since the passage of Security Council Resolution 2286 a year ago,” said Leonard S. Rubenstein, director of the Program on Human Rights, Health and Conflict at the Johns Hopkins Bloomberg School of Public Health and chair of the coalition.

In Syria, Physicians for Human Rights (PHR) verified 108 attacks on health facilities, and the deaths of 91 health professionals in 2016.

“The all-out assault on health facilities and professionals in Syria is the worst pattern of such attacks in modern history,” said Susannah Sirkin, director of international policy at PHR. “2016 marked one of the worst years we’ve documented,” she said.

The UN Assistance Mission in Afghanistan reported 119 attacks on health facilities and personnel, up from 63 the year before. In Yemen, UNICEF verified 93 attacks on hospitals over a period from March 2015 to December 2016.

“These attacks cascade into lack of access to health care for suffering populations.” -Laura Hoemeke of IntraHealth International

The numbers noted in the report may greatly understate the extent and severity of attacks, the report says, because documentation of attacks remains spotty.

“We know that in places like South Sudan and Iraq, many vicious attacks on health care have been inflicted by parties to the conflicts,” said Laura Hoemeke, director of communications and advocacy at IntraHealth International. “These attacks cascade into lack of access to health care for suffering populations, but no one is collecting the number of attacks.“

The report reveals that while bombing and shelling of health facilities is the most obvious and devastating form of attack, violence against health care takes many forms.

“In Afghanistan, we found patterns of intimidation and threats against health workers, and occupation of health facilities,” said Christine Monaghan, a researcher at Watchlist on Children in Armed Conflict, which engaged in a field investigation in Afghanistan. “There were 13 recorded attacks on vaccinators, in which ten people were killed and 16 were abducted,” she said.

Continued obstruction of access to care is another key finding. In Ukraine, checkpoints, as well as the difficulty of crossing conflict lines, have impeded access to care for a third of households in conflict-affected areas, with dire implications for the 50 percent of families in the region suffering from chronic diseases. In Turkey, curfews prevented injured people from reaching care, resulting in needless civilian deaths. In the Occupied Palestinian Territory, the Palestinian Red Crescent Society reported 416 instances of violence or interference with its ambulances, injuring 162 emergency medical technicians.

Accountability for these assaults is largely absent, the report said. A review by Human Rights Watch of 25 incidents of attacks on health care in ten countries between 2013 and 2016, resulting in the deaths of more than 230 people and the closure or destruction of six hospitals, found that either no proceedings for accountability were undertaken at all or the results of proceedings were inadequate.

“Without accountability, these attacks won’t stop, and efforts to investigate these kinds of incidents—and pursue justice where relevant—have been half-hearted or worse,” said Diederik Lohman, director of health and human rights at Human Rights Watch.

In Syria, systematic attacks on hospitals have become a hallmark of a conflict now entering its seventh year. "For a pregnant woman seeking care, the decision to go to a hospital has become a life-threatening one for her and her nborn child. For first responders and medics, each day at work is an act of survival," said Ahmad Tarakji, president of the Syrian American Medical Society. "We must investigate these crimes against humanity in order to put a stop to attacks in Syria and elsewhere and ensure that this inhumane tactic does not continue with impunity."

This fourth global report from the coalition relies on field investigations by coalition members as well as secondary data from UN agencies, non-governmental organizations and other sources. It can be accessed at: safeguardinghealth.org/report2017

The Safeguarding Health in Conflict Coalition consists of more than 30 organizations working to protect health workers and services threatened by war or civil unrest. The coalition raises awareness of global attacks on health and presses governments and United Nations agencies for greater global action to protect the security of health care.