Every day, we at IntraHealth International encounter health workers who inspire us. But every so often, someone stands out—a health worker whose passion, commitment, and resolve leave us in awe. That’s why IntraHealth joined Uganda’s Ministry of Health last month in Kampala to honor a group of individuals who work on the front lines of health care. They are role models not only for their coworkers, but for future generations of Ugandan health workers as well.

These awardees were nominated by their communities and colleagues for going above and beyond the call of duty. And they all have something in common: a spirit of outstanding service, resourceful determination, and dedication to their colleagues and communities.

It’s that spirit that carries Dennis Tabula from patients on one hard-to-reach island in the Buvuma District to the next; that’s evident in Teddy Tiberimbwaku as she mentors nursing assistants and cares for mothers in her underserved community; that Dr. Nasur Mabarak and his colleagues in the Yumbe District have used to care for 545,500 people in the remote West Nile; and that Professor Francis Omaswa has carried with him throughout a lifetime of service.

Each of these health workers has made tremendous contributions to Uganda’s health care system. And Uganda’s need for more health workers like them could not be more pronounced. The country ranks eighth in the world for HIV infections, and child and maternal mortality rates are dangerously high. IntraHealth is working with the Ugandan government to solve many of the issues plaguing the health sector—including staff shortages, lack of motivation, low pay, and imbalanced geographic distribution.

In the meantime, we’re delighted to honor several health workers who are moving the country toward greater health and wellbeing every day. So congratulations to Francis, Teddy, Dennis, and the entire Yumbe District Hospital team. You’re an inspiration to us and to your colleagues—and you deserve this moment in the spotlight. 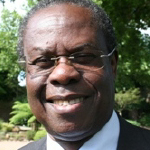 Throughout his career, Professor Francis Omaswa has been a champion for health workers, always recognizing that those who work on the front lines of care are essential to ensuring that every community and individual has access to high-quality services.

Francis played a key role in drafting the Paris Declaration on Aid Effectiveness, a practical roadmap for improving the quality of aid and its impact on development. He also served as the director general for health services in Uganda’s Ministry of Health, where he coordinated and implemented major health sector reforms for the country. From there, he served as a special advisor to the director of the World Health Organization and was the founding executive director of the Global Health Workforce Alliance. Now, he is the executive director of the African Centre for Global Health and Social Transformation, an initiative incorporated in Uganda and promoted by a network of African and international leaders in health and development. 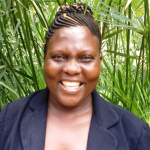 As a young girl growing up near a health center, Teddy Tiberimbwaku was inspired by the dedicated nurses she saw and by how grateful their clients were. So when her sister decided to attend nursing school, Teddy made her own decision as well. In the School of Nursing and Midwifery, she found motivation in words from the national nursing anthem: “Nurses are chosen by God and have to love and serve.” Teddy is now a highly respected enrolled midwife at the Malongo Health Centre II in Mayuge District.

Teddy has spent more than eight years in the underserved Mayuge District. She acts as a mentor to nursing assistants, boosting their confidence and skills. And she is proud that more and more women are coming for antenatal care and delivery at the health center. Teddy helped to establish a mother-to-mother support group for HIV-positive women, where mothers not only support each other but also volunteer at the health center. 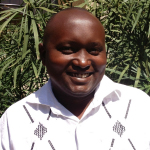 As a senior clinical officer at Bweema Health Center IV, Dennis Tabula is following in the steps of his father and grandfather, both of whom were health workers. And Dennis has never regretted his career choice. “Health workers are God’s gift to this world,” he says. “It takes a lot of sacrifice, but the satisfaction comes from serving the people who really depend on you for care.”

The Buvuma District is made up of 52 islands. Transport is difficult, both for community members and for health workers. As the district’s main resource for HIV/AIDS prevention, care, and treatment, Tabula works tirelessly to organize outreach services for community members who need HIV testing, counseling, and care—an especially challenging task in a district where HIV prevalence is 14.9%. Dennis also helps to make sure that all types of health workers are skilled in outreach counseling and care. As a result of his work, stigma around HIV/AIDS in the community has decreased and more people are now coming forward for HIV testing. 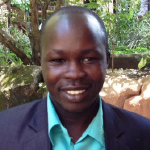 The secret to the hospital’s outstanding performance, Nasur says, is teamwork: “We have built a culture of ‘we,’ not ‘I,’ and see every single member of our team as being equally important. They don’t see us as the bosses, but as trusted colleagues.”

Any staff member can pitch in to solve a problem at Yumbe District Hospital, and that sort of collaborative environment often leads to creative, resourceful innovations. It’s how the broken operating room lights came to be replaced with old (but functioning) motorcycle headlights, and how solar panels came to provide a reliable power source for the hospital. Cross-training in essential skills allows staff members to fill in for each other as needed—and allows care to be available 24 hours a day.

The team at Yumbe District Hospital also works closely with Imams and other religious leaders to demystify health services, especially family planning; thanks to their efforts, use of modern contraception in the district has risen from 5% to more than 20% over the past two years. And to increase the number of health workers in the district, the hospital identified 20 local candidates and secured nursing school scholarships for them; in return, the students will return after three years of training to serve their communities.