How Mobile Technology Is Transforming Lives in Rural India 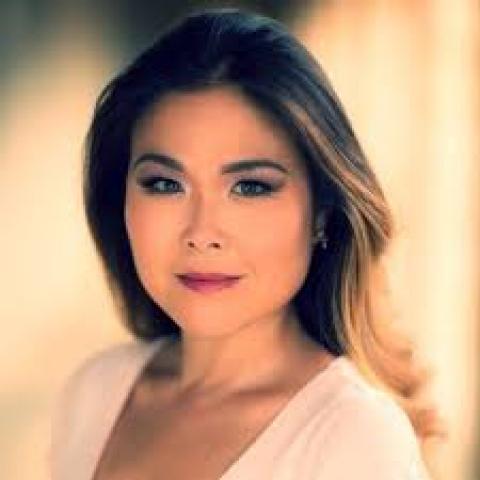 Deep in a rural village in India outside the city of Jhansi, children play on dirt roads where goats and cows roam. The humble and colorful homes have mud floors, and women collect drinking water from wells.

All the sights and sounds are quintessential aspects of the region, with the exception of one feature—the use of smartphones to save lives. In this village, women healthcare workers, known as accredited social health activists (ASHAs), use a mobile application called mSakhi to help them educate expecting mothers about maternal and neonatal danger signs.

Funded by Qualcomm Wireless Reach and developed by IntraHealth International, mSakhi is currently being used by 329 ASHAs to benefit 16,000 mothers. A mobile broadband initiative accomplishing such a task in rural India is no small feat.

According to the national health ministry, India’s newborn mortality rate stands at 29 per 1,000 live births. The country is aiming to get the number down to a single digit. Additionally, the literacy rate among females in India is low. A background paper done by the New York-based International Commission on Financing Global Education Opportunity revealed in October of last year that only 48 percent of India girls studying up to the fifth grade are literate.

As for internet connectivity, according to a Pew Research Center poll, a mere 22 percent of India’s adults could get online in 2015. That being said, there are nationwide efforts being made to get people connected. The county’s Digital India program aims to digitally empower citizens and provide broadband in remote areas. As part of this plan, the government wants to make mobile connectivity available in more than 40,000 villages by 2018.

In the meantime, mSakhi is still able to have an impact, because the application is designed to manage low connectivity. The data that’s fed into mobile devices is stored offline. When there’s a network that’s available, the data is then uploaded to a server.

Frontline health worker Ram Kumari Sharma travels to villages across India. Using mSakhi , she registers the details of pregnant women, new mothers and newborn babies, and gives them medical examinations. Through text and animated images the tool assists her in describing the day-to-day symptoms patients should look out for and how they should address them.

Supporting midwives in the field

The mSakhi app also supports auxiliary nurse midwives (ANMs) working in the field. Anita VT is an ANM who has worked in the village health center for the last 20 years, registering patients, delivering babies and vaccinating children. While the facility she works in is no more than a small room with a few manual tools, the mobile technology she uses brings an aspect of the process into the 21st century.

“I can do everything on this,” says VT, pointing to her tablet. “Why should I do it on paper?”

“The government of India has a program across the county where every pregnant mother has to go into an online system,” she explains. “It’s the duty of frontline workers like ASHAs and midwives to make this happen. So they have the job of identifying and registering pregnant women. The catch is that they have to fill out forms, and then travel 10-20 km, sit with a data entry operator at a community health center, and then get the data fed into the computer. What mSakhi does is it saves a lot of paper time.”

To get the funding needed to scale the mSakhi program, IntraHealth is generating evidence to share with stakeholders—the federal government, state government and donors—that mSakhi is improving the health and well-bring of mothers and children. Jain says she would like the government to implement mSakhi or any similar application, as long as it empowers frontline health workers to do their jobs better and uses the most recent technology. If IntraHealth is able to bring in more funding, mSakhi will continue to evolve and include technical areas such as family planning and literacy.

About 450 kilometers from Jhansi, the nonprofit Planned Social Concern (PSC) is providing micro-finance opportunities to women in a village outside the city of Jaipur.

A number of PSC’s micro-finance participants are able to build their own small businesses. One of the women in the program says she was able to build a new home and send her kids to school, thanks to PSC.

This economic empowerment is being enhanced through the power of mobile broadband. Through a partnership with Qualcomm Wireless Reach, PSC was able to digitize its entire loan-making process in 2014. The program is now 100 percent paperless.

Ravi Gupta, COO of PSC, says that through using 3G-connected tablets and a mobile application called MicroLekha, the organization is able to function faster and be more transparent.

“When we were doing it [making loans] manually it used to take 17 to 18 days to process a loan,” says Gupta. “Now with MicroLekha we can place a loan in three to four days.”

Because all the documents are stored digitally, there’s no need for customers to submit paperwork each time they apply for loans. When customers pay back their loans they get receipts and account updates via SMS.

This is just the beginning. When Digital India is able to fully penetrate the rural parts of the country, hopefully even more mobile tech designed to assist health workers, educate families and facilitate small business opportunities will be implemented.

My wish is that large tech firms will take cues from these mobile for impact programs, and create similar initiatives for poor parts in the Western world, as well.