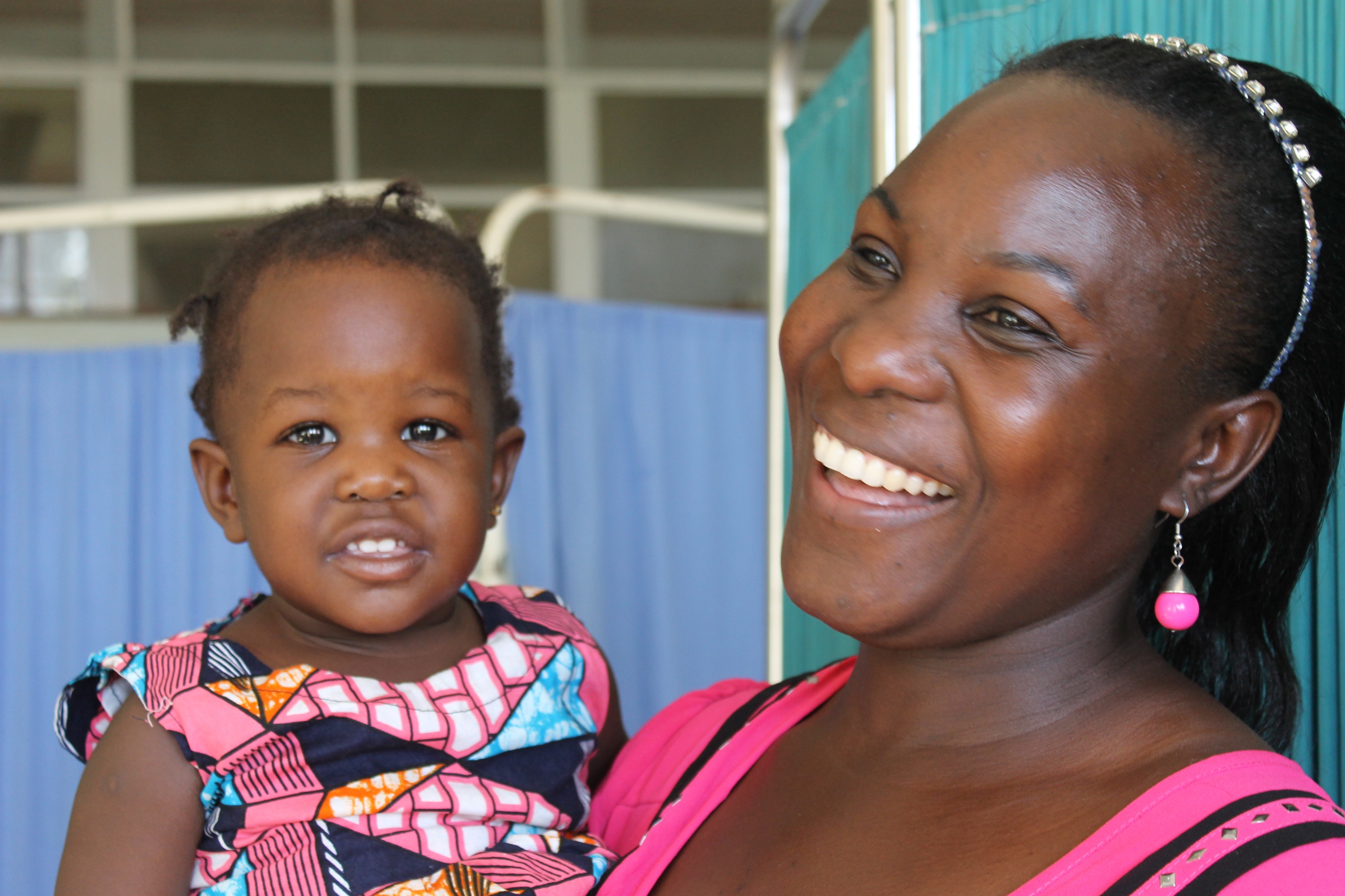 This HIV-positive mom advocates for healthy families in Uganda, including her own. 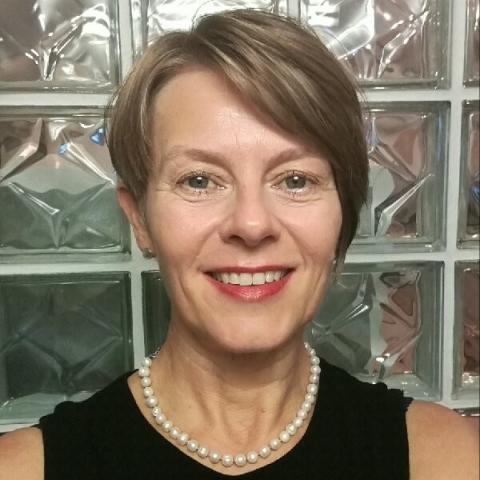 “My first treatment was a smile!” says Anita Nakazibwe about the welcome she got when she first came to Moroto Regional Referral Hospital in eastern Uganda. Anita holds her year-and-a-half-old baby girl Emmanuela in her arms and is beaming. She gave birth at the hospital to a healthy baby, although she herself is HIV-positive.

Several years earlier, however, life seemed to come to a stop for Anita.

“It was in 2011 when I gave birth to my first child. After a year, I got pregnant again and miscarried, and the doctors were trying to find out the reason for it. They did an HIV test and it was positive. Telling my husband was really hard,” recalls Anita solemnly. “Fortunately, he has been so supportive and good to me,” she says of her husband, who is HIV-negative.

“Then, when my first daughter got sick and tested HIV-positive, it was devastating,” she said. After a few years, Anita and her husband wanted to have another child, but Anita was afraid to get pregnant again. 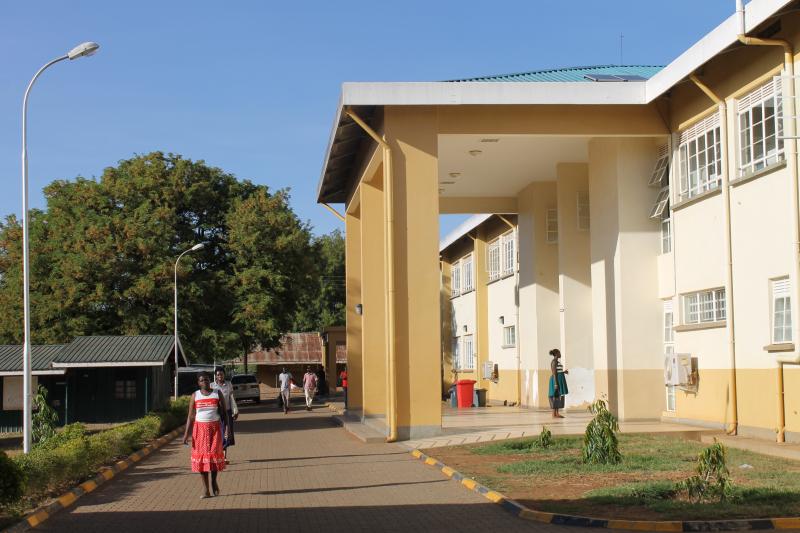 Moving from facility to facility seeking help, Anita came to Moroto Regional Referral Hospital, where she was able to access USAID-supported services—and suddenly there was hope.

“I was surprised when I was told I could have a healthy baby despite my HIV-positive status,” she recalls.

Sister Agnes Achola, a nurse at the Moroto hospital, and other hospital personnel took Anita under their wing. “We counseled her, ensured that she continued her treatment, and monitored her viral load. When she delivered, she took her drugs,” says Sister Agnes.

When the baby was born, Anita was given Nevirapine, which helps prevent HIV transmission via breastfeeding to the baby. When the baby was six weeks old, she started taking prophylaxes to avoid getting infected. “We did a blood test on the baby. She tested negative,” says Sister Agnes.

Now, many blood tests later, toddler Emmanuela has remained HIV-negative. As her mother’s antibodies in her blood have weaned off, Emmanuela should be able to grow up a completely healthy child. 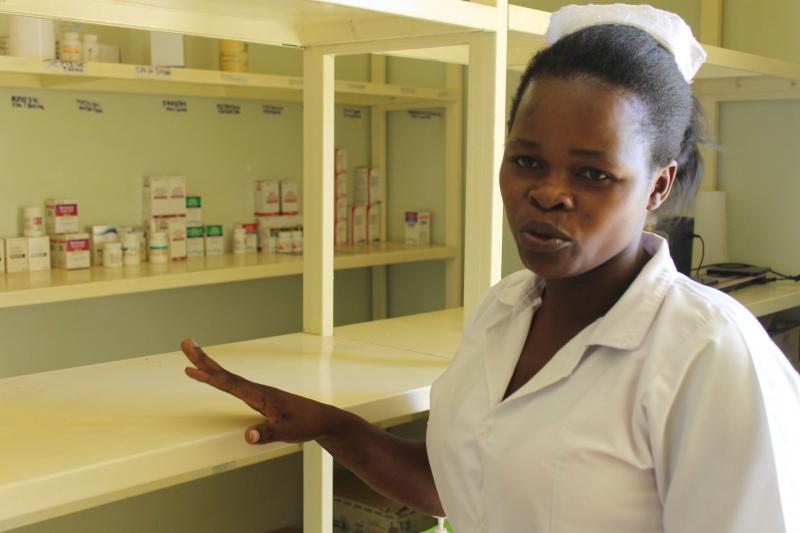 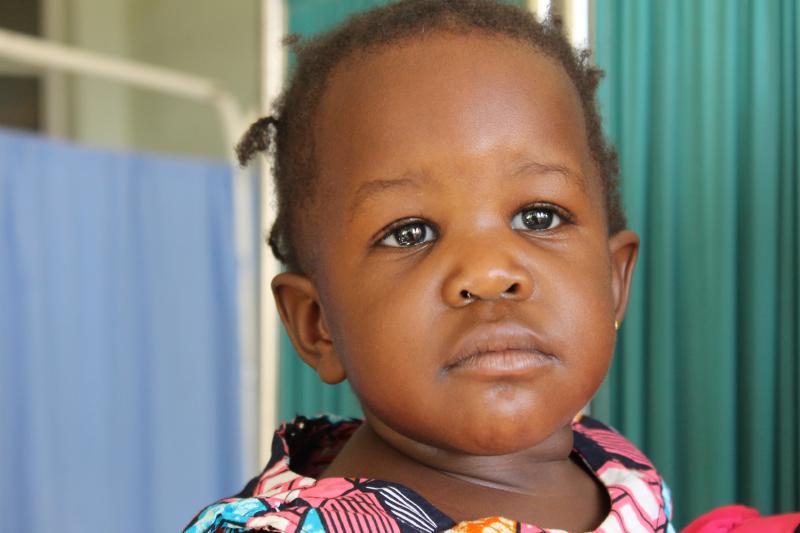 Positive signs: “She has a great appetite and eats anything you give her,” says Emmanuela’s mother. Photo by Anna-Maija Mattila-Litvak, USAID/Uganda

“She has a great appetite and eats anything you give her,” says Anita happily, while Emmanuela looks around attentively.

But Anita too must continue to take care of her own well-being. Thanks to USAID’s Regional Health Integration To Enhance Services in Eastern Uganda (RHITES-E) program, Anita received extensive care during and after her pregnancy, and received psychological support from a behavioral therapist who helped her cope with obstacles and worries.

Many community members say they want to be like her.

That support continues, and Anita herself has become an advocate of a healthy lifestyle.

“I take my medicine regularly—two tablets after supper—and come for monthly check-ups,” she adds. 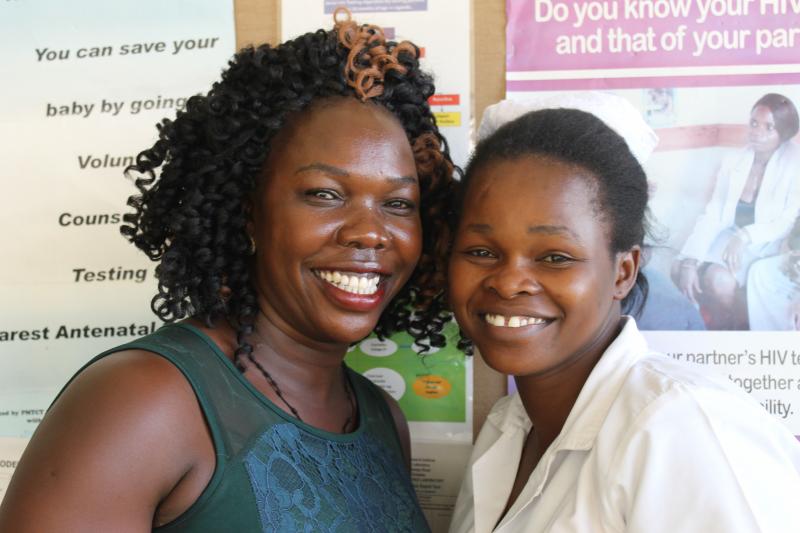 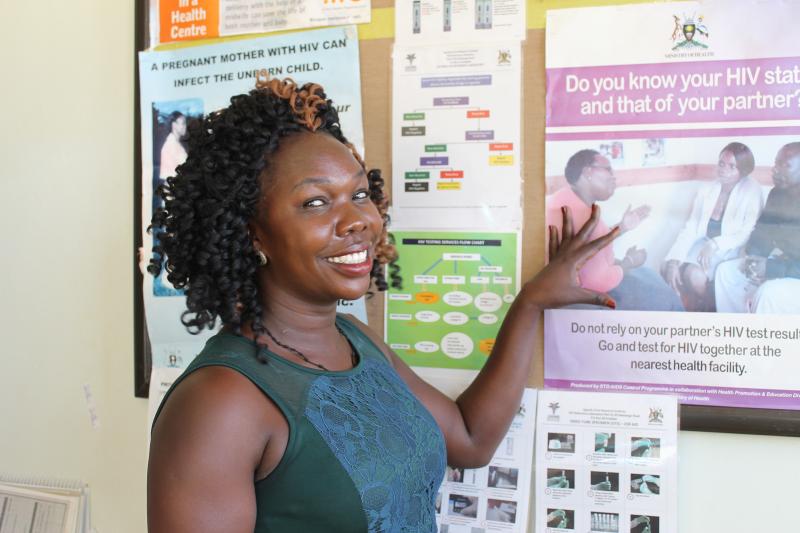 The program also trains motivated patients to be “expert clients” to educate other community members about healthy habits, HIV prevention, and gender-based violence. This includes training male “change agents,” who advocate for change in men’s behavior.

Now, Anita is one of the expert clients teaching others. “I tell them to go for HIV checks and treatment. I tell them that life has to go on and it does not end there,” she explains.

A teacher and minister, Anita preaches about the importance of preventing and treating HIV and leading a healthy lifestyle in her sermons. Due to Anita’s diligent care, her first born daughter is in the sixth grade and taking her medicines. Both of her daughters are cheerful and doing well.

“Many community members say they want to be like her,” says Martha Narika, a social behavioral change communications officer, who is supporting Anita with her own health care and mentoring her about teaching others.

The USAID program is opening a new page in life for many HIV-positive women like Anita, who thought they could not have a healthy child or a hopeful future. “In the last three months, ten babies were born to HIV-positive mothers in our hospital, and all of the babies tested negative and were healthy,” says Sister Agnes with some well-deserved pride in her voice.

This post was originally published on Medium under the headline "A New Page in Life" on February 13, 2020. You can find the original article here.