One Major Reason the AIDS Epidemic Isn’t Going Away 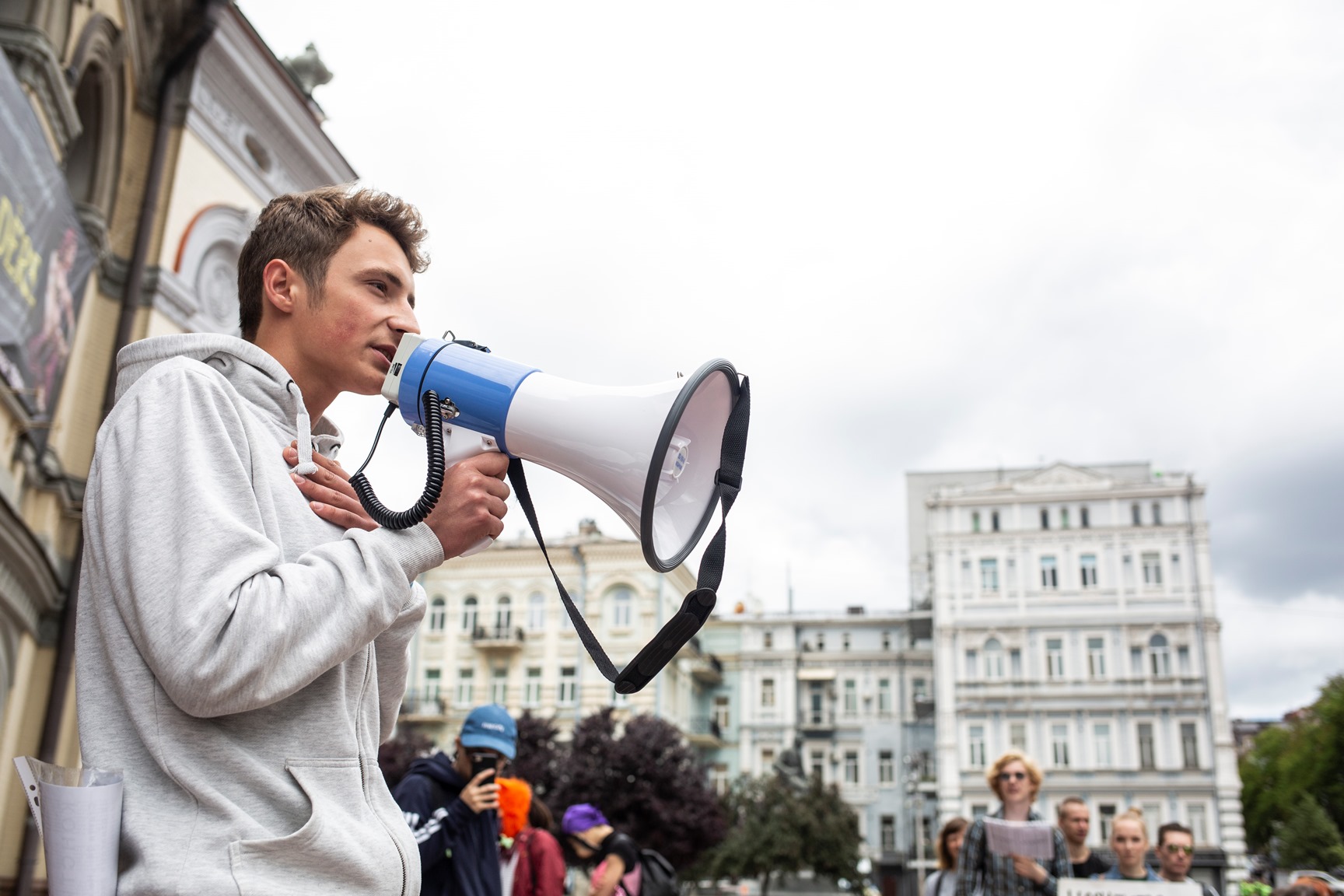 It's a serious threat to public health and progress in HIV treatment and prevention—and something we have the knowledge to stop. A few years ago Dany Stolbunov, now 20, told his doctor in Ukraine that he wanted to go to medical school. He was sharing his ambitions with someone he admired and trusted, who he thought might believe in him, the person responsible for his care.

“I told him I wanted to become a physician, too.”

Dany was born HIV-positive, and his father died of AIDS when he was 8. That’s when Dany learned he had the virus, too.

His doctor’s response wasn’t a revelation; it was discrimination. And it was related to a stigma that’s endemic in health care settings even today and a major barrier to HIV prevention and treatment services in every region of the world. Discrimination from the very providers trained to diagnose, treat, and help patients manage the physical, social, and emotional issues related to a highly-stigmatized chronic infection.

Dany is part of a new generation of young people living with HIV who are becoming adults—and advocates for less discriminatory care.

“We are the first generation born with HIV who are growing up and can openly speak about it,” he said at the International AIDS Conference last month in Amsterdam.

UNAIDS estimates that every hour, 75 teenagers become infected with HIV, and five will die from AIDS-related illnesses. It’s the leading cause of death among adolescents in Africa, and girls age 15-24 are most affected. But most patients who adhere to treatment can expect to live for decades—50-plus years, on average, after diagnosis. Full lives.

Helping teenagers navigate health care, relationships, and their sexual and reproductive health without fear or shame is a universal challenge and imperative to curbing the epidemic.

Stigma is killing people and spreading the virus.

At a time when cheap pharmaceuticals can suppress the virus and radically prolong life with minimal side effects, and the science has definitively proved that anyone on treatment with an undetectable viral load has a zero percent chance of passing it on—knowledge that should theoretically liberate those living with HIV from stigma—there are persistent structural barriers that keep people from the services they need. Barriers that can take years or even decades to break down, such as bias among health workers like Dany’s doctor and the pervasive lack of training that leads to clinical interactions where clients feel scared, ashamed, or even resolved to never come back.

Of the nearly 37 million people living with HIV, 48% are virally suppressed. But 15 million are not on treatment, and over 11 million haven’t been tested, many fearing that a positive diagnosis would bring shame and alienation.

Often the stigma people experience is less direct than what Dany described. It’s the waiting in a separate line for your antiretroviral drugs (ART), so everyone knows you’re infected. Or the nurse who uses gloves to examine you but not the other patients in a ward. The uncomfortable interactions. The constant lapses in privacy and confidentiality. In some cases, it’s much worse, like being openly refused care or threatened with criminal prosecution for sex work, drug use, or homosexuality.

For many living with HIV, it’s too much to bear. To begin with, they may be travelling long distances to use health facilities where they won’t be recognized in their community. That’s what Luis* did for years in Western Guatemala, but it was expensive, inconvenient, and sometimes dehumanizing. In rural Uganda, Mrs. Pontoshi faced constant, overt discrimination from health workers no matter where she went for care.

“Our social and humanitarian advances lag woefully behind our scientific ones.”

“This pattern of linkage to care followed by low engagement and viral suppression happens in various countries, cities, and populations across the globe,” said David Malebranche, a doctor and professor at Morehouse School of Medicine in Atlanta who specializes in HIV prevention and treatment and racial health inequities.

The problem is we’re not paying enough attention to provider attitudes and institutional discrimination as a strategy in reaching epidemic control.

“If the major drop-offs happen after people are linked to care, why don’t more studies explore what is happening within medical settings?” he says. “Why aren’t we studying what they are experiencing in our clinics as a means to identify clinic-level facilitators and barriers to ART and viral suppression?”

If you ran a restaurant where only 40% of patrons returned after their first visit, would you commission a study to see what was wrong with your customers, Malebranche asks? Or would you look within at how you’re running the business, at the quality of what you’re offering, the attitudes of your staff?

“Our social and humanitarian advances lag woefully behind our scientific ones,” he says. “Medical communities are microcosms of larger society. If societal stigmas and other institutional issues are plaguing us as gatekeepers to scientific advances, then communities won’t consistently access these venues, and we won’t get to zero new infections anytime soon.”

And stigma hardly just affects those already living with HIV and AIDS. We know discrimination inhibits access to prevention and testing services. For sex workers. Gay men. Drug users. Transgender individuals. Sexually active teenagers. Globally, these groups are the most vulnerable to acquiring HIV and the most discriminated against in health care settings.

Science is on the side of anyone fighting HIV stigma.

Until there’s a vaccine or cure, the only hope for curbing the epidemic relies on people having access to and using high-quality prevention and treatment services. Investing in strategies to eliminate institutional practices that cause shame, fear, and distress in medical settings and educating health workers on privacy, cultural sensitivity, and psychosocial support would pay dividends across the spectrum of care.

A colleague who’s spent decades in the field pointed out that with far simpler treatments—just one pill a day for millions of people on first-line therapies—nurses and physicians are spending less time managing complicated HIV drug regimens and more time providing counseling and psychosocial support. But perhaps their curricula and training haven’t caught up. We should capitalize on some of this freed educational load and introduce more comprehensive psychosocial training and anti-stigmatizing strategies into health workers’ certifications.

Science is on the side of anyone fighting HIV stigma. We just have to get the word out. The message and rigorous proof behind the Undetectable=Untransmittable (U=U) campaign are essential for addressing HIV stigma in all its forms—not just in health care settings—and encouraging people with HIV to start and stay on treatment.

“U=U sets us free,” said Bruce Richman, executive director of the Prevention Access Campaign, at the conference. “It addresses one of the most durable aspects of stigma—that chronic infection signifies chronic infectiousness.”

Amid a global shortage of health workers and persistent misconceptions about HIV, we need more HIV-positive young adults like Dany—not fewer—becoming doctors and other health service providers to transform care and end stigma at a major source.

People are the heart of stopping AIDS. The choices and careers of clients, activists, scientists, and caregivers have changed the course of the disease, and history. Imagine what the next generation can do. 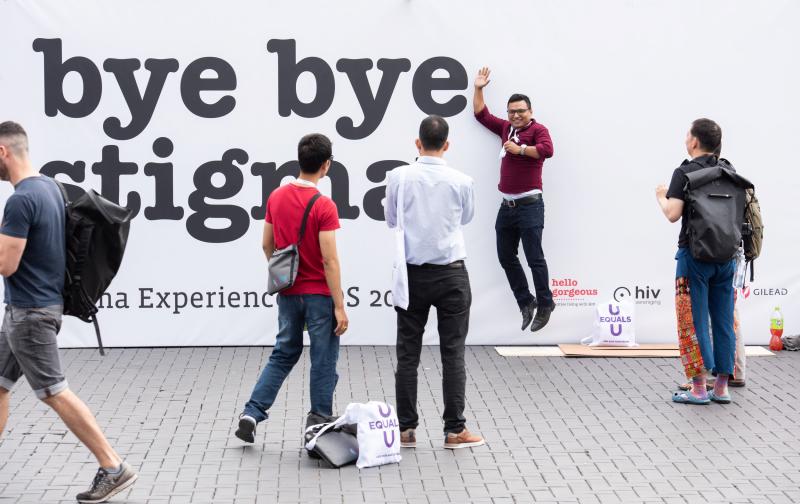 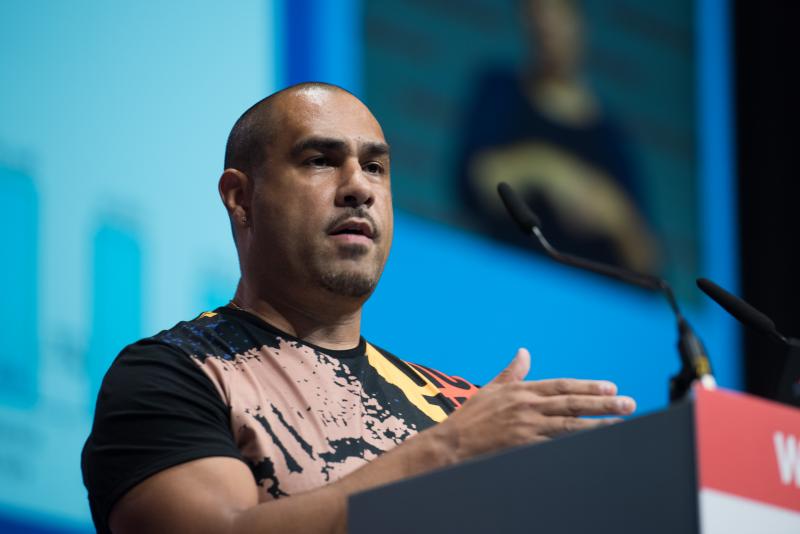 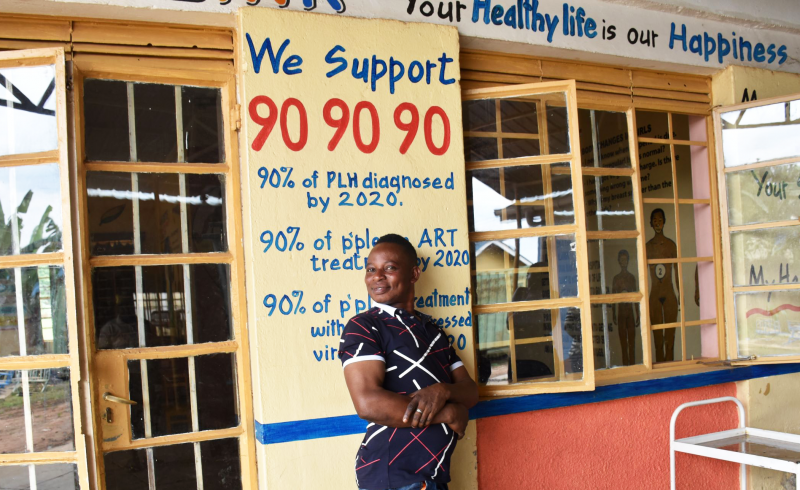