To Empower Women Is to Empower Nations: Stories from Iraq and Afghanistan

As a health worker in a conflict zone, I learned what it means to be in the right place at the right time. 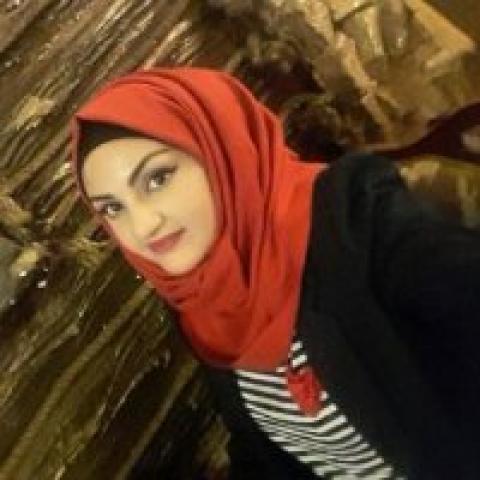 Being in the right place at the right time—I never had a full understanding of that concept until I started my medical career.

Before coming to the United States to get a master’s degree in public health at the University of North Carolina at Chapel Hill, I was a physician at Al-Zahrawi Surgical Hospital in the south of Iraq, one of only two main hospitals in the city of Amarah, inhabited by about one million people.

We were 20 new doctors, and only five of us were women. Since it’s not culturally acceptable for a man to be in a delivery room, all of the female doctors were automatically assigned to the gynecological department.

During one of my night shifts at the delivery room, the other hospital in Amarah caught fire, and the doctors had to refer all their patients to our wards. It was a bloody night. We had to work with twice as many patients in a small space. Such conditions make complications more frequent.

Within two hours, 20 women had arrived at our delivery ward, which was designed to serve only six. We already had 14 women at various stages of labor in the room so we had to put two women in each bed, some on the floor, and some had to wait outside until we had space.

It was deafening. Everyone was screaming, trying to catch the attention of the nurses or me.

Everyone except one. Her name was Fatima, a 16-year-old girl giving birth to her first child. This should have been one of the happiest days in her life, but instead, it was a nightmare. She had preeclampsia, which is pregnancy-related high blood pressure, and she had just learned that she was carrying a dead baby due to the absence of prenatal care.

But she was not surprised; she looked like she already knew.

Her sister-in-law was with her and yelling. I had to ask security to take the sister-in-law out so I could examine Fatima properly. As I examined her, she told me that she had had a dream of her father, who had died a week earlier, asking her to bring her child and follow him. She seemed so ready to die.

As I rushed to meet the needs of so many patients, the time passed and I suddenly noticed that Fatima was gone. I glanced across the six beds and she was not in any of them. My heart sank. With all of the complications, she should be closely monitored. Where was she?

At first glance, I thought Fatima was sleeping.

Despite the many tasks that needed my immediate attention, I knew that right then this 16-year-old girl was the most important. One of the nurses told me that Fatima had given birth, her vital signs were fine, and that she was sleeping in the recovery room. I knew I needed to go and check again.

At first glance, I thought Fatima was sleeping, but actually, she was unconscious. She had postpartum hemorrhage, and her blood pressure was very low. Immediately, I administered oxytocin and methergine and called the senior gynecologist. She was saved, and we all survived the night with zero deaths.

If I had decided to treat someone else or complete reports instead, she would be dead. But I was in the right place at the right time.

Two years later, in Afghanistan. Shakila, who has a bachelor’s degree in public health, was in the right place at the right time, too.

Late one night, her neighbor knocked on her door. She’d brought her sick baby and came seeking advice. The baby had been having frequent bowel movements for a while, and he seemed very tired and inactive. Shakila recalled some information from her studies, and recognized that this baby was suffering from diarrhea and dehydration.

She taught her neighbor how to prepare an oral rehydration solution at home and advised her to take the child to the nearest hospital the next morning. Neither the neighbor nor her husband wanted to go to the hospital, but Shakila convinced them with patience and persistence.

Without the training Shakila had received from her college courses—a privilege that is still not accessible to many Afghan women—she would not have been able to help her neighbor and this baby would very likely have died from renal failure.

Shakila is one of ten Afghan women I interviewed who are taking part in a women’s leadership program led by the Ministry of Public Health in Afghanistan.

The Women’s Internship Program for Leadership in Public Health, which is part of the program, aims to train young Afghan women to become public health leaders.

Talking to Shakila and other interns in the program, I was reminded of how much strength and persistence a woman needs to achieve her dreams.

Shabnam, another intern, said, “We have to keep working and never stop, despite all the disturbed political and social situations.”

Empowering women is critical to ending the global health workforce shortage, which is estimated to reach 54 million by 2030, and to achieving the Sustainable Developmental Goals. But to do so, we need more of the right people in the right places. Like the Afghanistan government through this program, countries must do their best to improve the opportunities for women and enable them to dream big and have a strong will.

In gathering these stories, I’ve met many other people who are in the right place at the right time. People like those at IntraHealth International, who gave me the chance to be part of this work, and those who work with the women’s internship program and supply the interns with everything they need to become future public health leaders.

The Ministry of Public Health in Afghanistan carries out the women’s leadership program in partnership with the US Agency for International Development’s Health Systems Resiliency Project, led by Palladium.

We know that #nurses and #midwives will lead us toward an #AIDS-free generation. One way they're doing it? By provi… https://t.co/nHNE1bNxIh